Kiminini man hospitalised with STI after bestiality act with donkey 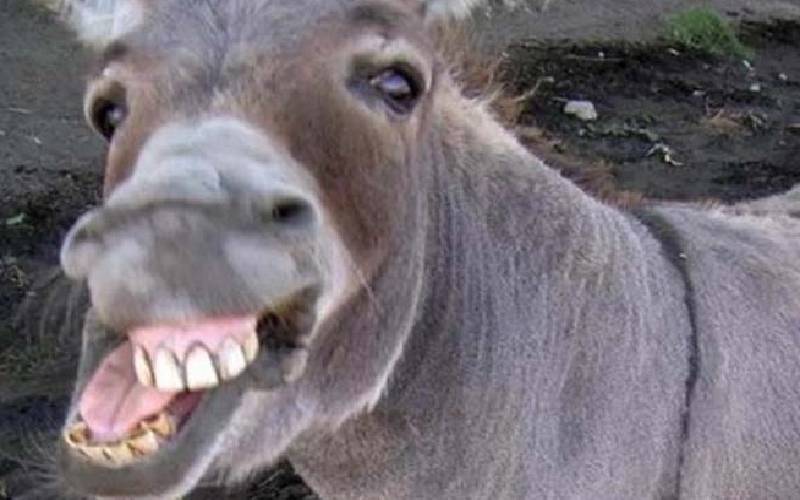 For many people, bestiality is a bad joke, but for some, it could be a matter of life or death, this is the situation with a 30-year-old man from Trans Nzoia County after he allegedly had an unnatural act with a donkey.

The man reportedly developed severe pain on his private parts, prompting him to seek medication at the nearby Matanda health centre before being referred to Moi Teaching and Referral Hospital Eldoret where he is currently admitted.

“He was transferred to Moi Teaching and Referral Hospital Eldoret where he is currently admitted after his condition worsened,” a source told Standard Digital

The man who works as a loader in Kiminini Township developed a penile complication after he allegedly had sex with the animal.

The man [name withheld] is reported to have grabbed the donkey at a yard in Kiminini and committed the unnatural act.

According to witnesses, the donkey was sick and its owners had gone to look for a vet to treat it when the man bounced on the animal.

A boy who had caught the man on the act alerted the donkey’s owner who with the help of others confronted the suspect.

He confessed to the offence, but defended his action and instead blamed Covid-19 for his sex thirst.

The suspect said since March, he has been on long dry spell due to the coronavirus pandemic which has made it risky to have it with a woman.

“I decided to do it with the animal because I feared contracting coronavirus by sleeping with a woman,” the suspect said.

In November last year, an elderly man was expelled from his home in the same area after he allegedly had an unnatural act with a hen.

The man’s wife had requested him to go and sell hen at a local market.

The man after failing to get a buyer reportedly returned home with the hen but on the way, he had an unnatural act with the chicken until it died.

The elderly man's trick to sneak and dump the dead hen in the house failed when his wife became suspicious and challenged him to explain what had gone wrong.

The man was banished from the village for committing the unbelievable act after he admitted to the elders that he had committed the act.