Showbiz vs reality: The Real Housewives of Nairobi

When news hit about that the Real Housewives franchise was coming to Nairobi, it received mixed feelings. Many laughed off the idea, saying Nairobi wasn’t cut out for such a show. Others embraced it and even suggested names of suitable candidates for the Reality TV series.

However, it’s not uncommon that the reality series created such a buzz, given that the first Real Housewives franchise, which aired 17 years ago, was written off as “trashy”. Feminist icon Gloria Steinem described it as “a minstrel show for women”.

For many people, housewives make homes, nurture their families and build up society. Still, the 21st Century has few or isn’t friendly to the ‘typical’ housewives or stay-at-home mums anymore – a phenomenon perfectly portrayed in the Real Housewives series.

The show predominately focuses on the everyday lives of a group of wealthy women. We love the glitz and the drama that comes with these reality shows, there’s something about this voyeuristic fascination that seems to brings people of all ages together. But why are people so obsessed with the Real Housewives?

Dr Tara Wayne says “viewing this content is often referred to as a ‘guilty pleasure’ because we know it’s a fantasy”, explaining how human nature’s curiosity significantly drives our interest in watching such programmes.

“It’s excessive and sometimes trashy and seedy, but it’s also the drama of life and we relate to many themes. Many viewers find validation in the flawed housewives and it gives them permission to be imperfect,” says Dr Tara.

Despite being deemed to have undone the work of feminists and being slammed for reinforcing stereotypes, these shows have shrugged off those labels over the years.

They’ve becoming bigger as they explore the themes of race, class and consumerism.

Media scholar and Founding Director of the Bleier Center for Television and Popular Culture, Robert J Thompson, says the term ‘Housewife’ originally had that kind of old-fashioned notion that we saw communicated in television in the 1950s.

However, Thompson explains, “By the time we get to the turn of the century, it had gone from being a description of a traditional gender role to… at times, almost borderline offensive as a term. And then we got into this weird sort of fetishised stage and I think Desperate Housewives very much cashed in on that.”

Some people have accused the shows of reinforcing the notion that women should be homemakers and predominantly financially dependent on their husbands – a concept well demystified in the reality series.

However, watching these shows and how the women portray their luxurious lifestyles, these ‘housewives’ are businesswomen. Although they allow us to satisfy our curiosities and judge them without feeling nosy or intrusive, we cannot fail to acknowledge the strategic business decisions they make.

The Real Housewives seek to be aspirational and relatable to the modern-day woman. However, we mock their mistakes and feel happy about their misfortunes allowing viewers to feel smug about themselves and their life decisions.

“The Real Housewives are real women staging their lives to allow us to watch them. The themes that come up are juicy and fascinating,” says Dr Tara, adding.

“It’s the ultimate emotional and cognitive rollercoaster ride. We get to watch the housewives misbehaving and violating social norms and boundaries – and watch the consequences roll out.”

But the reality of what we see on our screens could be a stretch from what is considered normal.

Kezia Arwa, a digital expert says her life changed after she became a mother and a wife five years ago and a mother. For Kezia, shows like Real Housewives don’t portray the reality saying, “it hit me that I may have fallen trap into the misconceptions that were being painted out.”

And after watching Real Housewives series, Kezia says the reality is far from the truth when it comes to time management, contrary to what we see on TV.

“Time is an illusion. We are basically balancing everything. Many times that balance doesn’t actually balance and something takes the hit. The guilt that hit is what brings in things like mental challenges and depression,” says Kezia.

“The irony of the true woman who barely has time for herself, versus the one we get to see who is pretty much on a “me” journey can send one into confusion. I also believe that this is what brings the ratings. It is truly an oxymoron,” she adds.

But despite all, Kezia believes it’s the best time to be a housewife thanks to digital migration, mobile money access, and economic empowerment, which has enabled a stay-at-home mum to do her everyday duties while still chipping into finances.

“A smart housewife keeps, saves, stores, invests for rainy seasons and these are things that aren’t even shown on these shows. The over glamourization is truly a misconception that we need to come to terms with. Being a housewife is an amazing blessing,” says Kezia.

Lydia Wangari says her life as a housewife is cheered by her two children as most of her time revolves around them. But, from the moment she wakes up at 6am to prepare her firstborn for school to the minute she retires to bed, Lydia says she rarely gets time to rest during the day.

For her social life, Lydia says she rarely gets time to meet her friends, who have stopped calling her for social events.

“It’s not easy to have that kind of social life when you are housewife, maybe it’s possible for working ladies because they can visit each other at the work station, or have drinks on their way home,” says Lydia.

Faida Kesh became a housewife six years ago after she left her job as a lecturer to take care of her two children, and with the support of her husband, she had an easy transition. However, having chosen not to have a nanny, Faida says her routine is not as glamorous as we see on our screens.

“I wake up, pray, clean up the sitting area and kitchen, make breakfast, clean babies and clothes and make the beds. Then cook. I love cooking,” says Faida while describing her daily routine.

But being a housewife in the modern-day era has been considered a full-time job even in Kenya. Take, for instance, in September 2021, when Justice Teresiah Matheka, while presiding over marital property disputes, declared that housewives should be paid – a concept that sparked mixed reactions.

“Raising children is a full-time job that families pay a person to do. Cooking and cleaning as well. 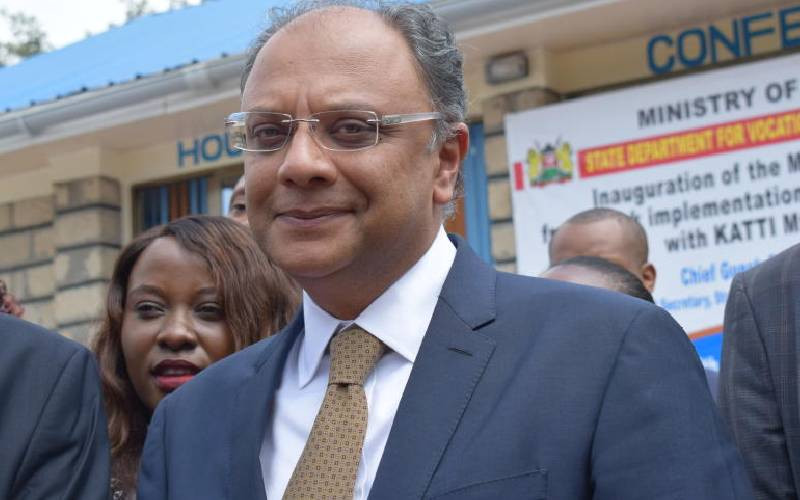 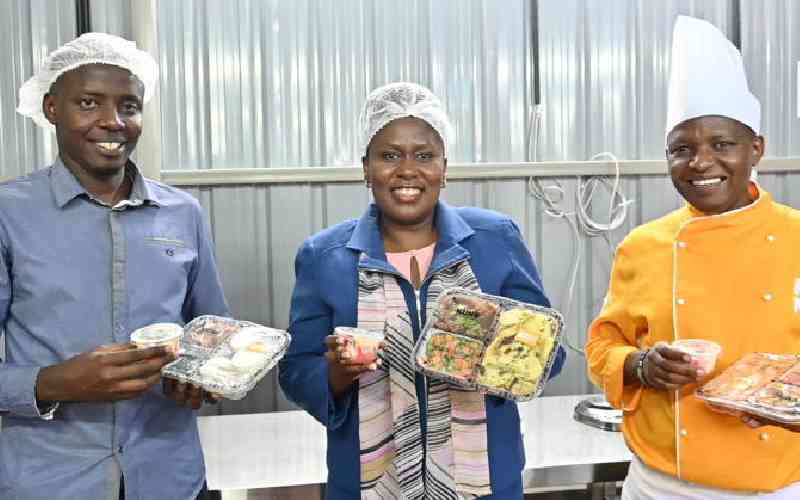 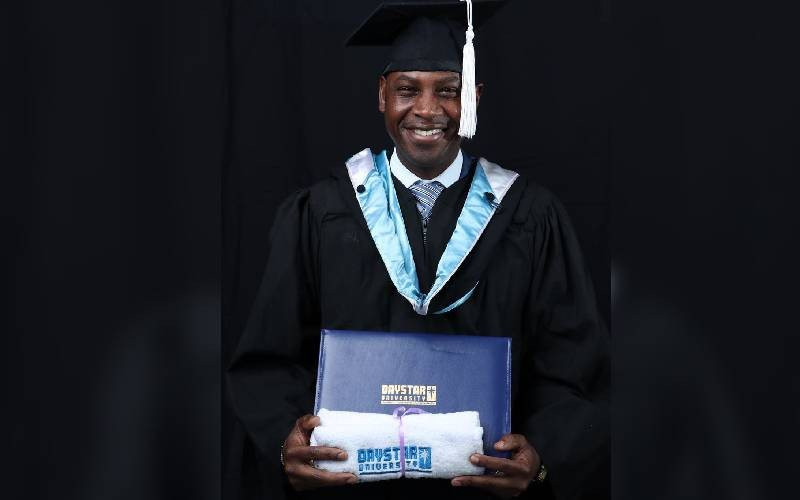 By Winfrey Owino Nov. 21, 2022
Standard Entertainment
Nyambane speaks on returning to class after 20 years, plan to do Masters 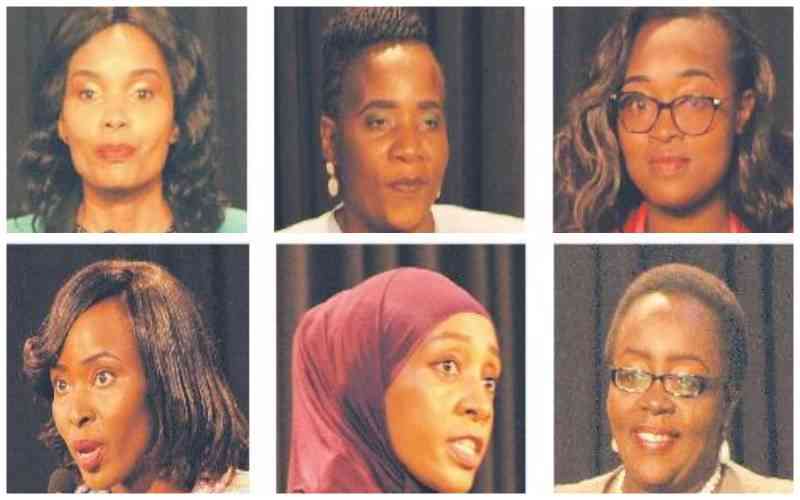 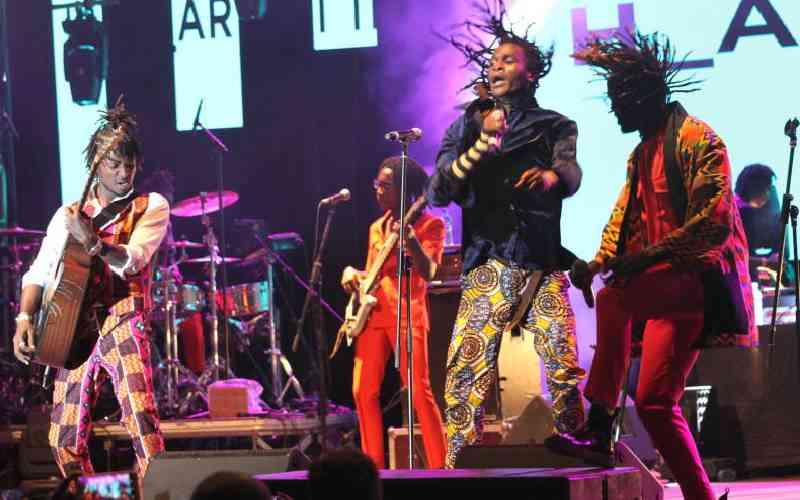