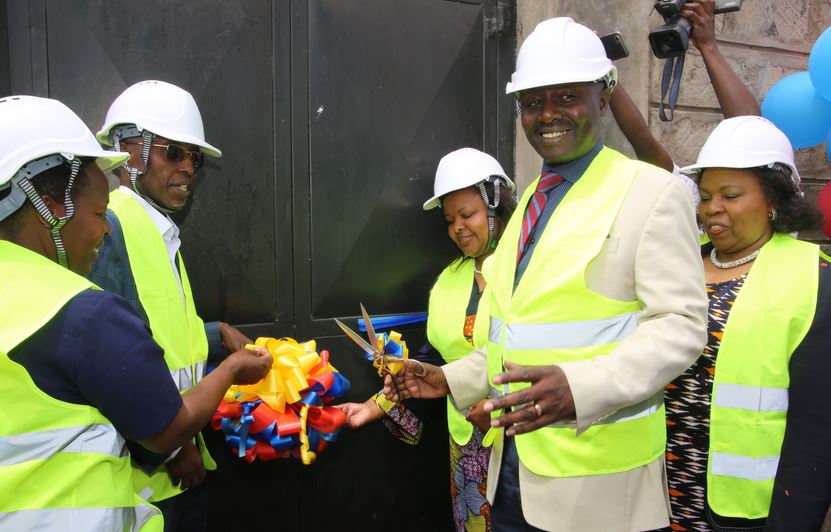 68 sub-locations across the country, previously not linked to the basic mobile telephony, are now enjoying services thanks to the Universal Service Fund (USF) administered by the Communications Authority of Kenya (CA).

290,000 people who were initially unable to receive or make calls can now enjoy mobile services from this USF initiative dubbed the Voice Infrastructure project.

The USF is aimed at facilitating network deployment and service provision in rural, outlying and economically unattractive areas, where telcos may not invest due to lack of economic viability. Operators contribute a mandatory 0.5 per cent of the annual gross revenue to the kitty that has so far collected Sh9.1 billion.

Launching the infrastructure voice project in Narok County, Maji Moto sub-location, Mrs Mercy Wanjau, CA’s acting Director-General said the 68-sub-location were part of the 78 sub-locations targeted in the phase one of the projects and that 10 more sites were at different stages of completion.

“We see the availability of mobile services in this area and indeed other parts of the country that has been connected through this project, creating a ripple effect in other facets of the society, for instance in health, agriculture and education services and also financial inclusion through the mobile money transfer services,” Mrs Wanjau said during the launch.

CA Chairman Mr. Ngene Gituku noted that while the Authority has to date collected a total of Sh9.1 billion in the USF kitty the amount was far from adequate to bridge the existing digital divide in the country.

Mr. Gituku said the resources required to close the initial Voice and Education Broadband connectivity gaps up to the 2022/23 financial year are estimated at Sh11.16 Billion. Closing all the identified voice connectivity gaps in their entirety requires over Sh75 billion, while estimates for connecting the entire country to broadband are to the tune of Sh111.1 billion.

“The resources available for the USF are far from adequate,’’ Gituku said.

Joe Mucheru, the Cabinet Secretary for IC, said that the government considers that lowering the cost of ICT services as key in driving affordability and ensuring that the country remains competitive and attractive for investment.

“One mechanism of driving access costs downwards and, indeed ensuring universal access, is promoting infrastructure sharing. When the private sector collaborates on infrastructure sharing, a significant amount of investment costs could be saved, leading to faster and efficient network deployment,” Mucheru said in a speech read on his behalf by Mr. Hesbon Malwenyi, an ICT Director at the Ministry.

“In the past, the residents have been forced to trek several miles in search of mobile network coverage, to enable them to make and receive calls. We, therefore, welcome the efforts to boost the network coverage in these regions,” said Mr. Tunai.

The official launch was attended by representative from the Ministry of Information Communications and Technology, Narok County representatives, USAC Chairperson Dr. Catherine Ngahu , industry stakeholders, residents of Narok among other officials from government institutions.

By Thomson Reuters Foundation | 21 days ago