Judge recommends partial ban on iPhone imports to US 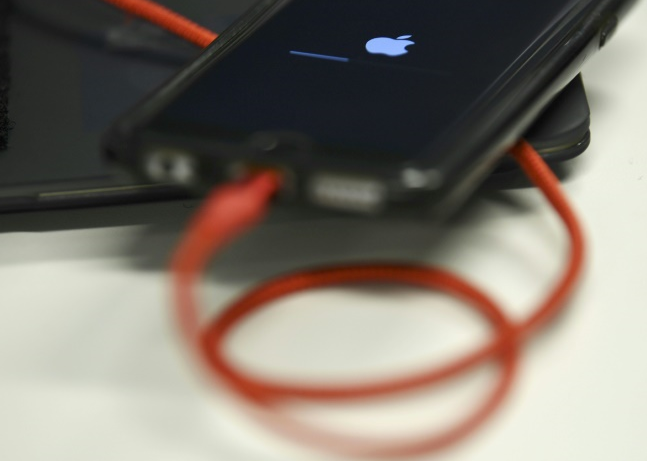 A US trade judge ruled Tuesday that Apple had violated a Qualcomm chipmaker patent and said she would recommend banning imports of some iPhones.

International Trade Commission Administrative Law Judge MaryJoan McNamara wrote that she would be recommending a "limited exclusion order together with a cease and desist order" against Apple.

The company will not be required to post a bond while the order is reviewed by a panel of judges and then possibly US President Donald Trump because the iPhones don't directly compete with any Qualcomm products, according to the ruling.

"We appreciate Judge McNamara's recognition of Apple's infringement of our hardware patent and that she will be recommending an import ban and cease and desist order," Qualcomm general counsel Don Rosenberg said in released statement.

The patent at issue in the ruling involved managing power and extending battery life. The case is one of two complaints by Qualcomm against Apple the commission is considering.

Apple said it was "pleased" the ITC found Qualcomm's latest patent claims invalid and described it as an "important step" to make sure US companies can compete fairly in the marketplace.

"Qualcomm is using these cases to distract from having to answer for the real issues, their monopolistic business practices," Apple said in a statement.

"They are being investigated by governments around the world for their behavior and we look forward to detailing the many ways they’re harming consumers and stifling innovation when we present our case in San Diego next month."

Apple shares were down a little more than a percent to $186.79 at the close of official trading in New York that followed release of the ruling. Meanwhile, Qualcomm shares were up 2.4 percent to $58.

The Californian tech giants have been locked in a long-running battle over patents and royalties that has played out in courts and administrative bodies worldwide.

Apple accuses Qualcomm of charging for invalid patents and claims the chipmaker was seeking a disproportionate amount for a single component.

Last week, Qualcomm won a $31 million verdict in its multi-front war with Apple over patented technology used in iPhones.

A jury in a federal court in southern California ordered Apple to pay Qualcomm for patent infringement for chips used on iPhone 7, 8 and X models.

Patents at issue in that case involved "flashless booting" that allows devices to quickly connect to the internet after being turned on and technology that lets smartphone apps move online data efficiently.

A third patent is related to promoting rich graphics in games while protecting battery life, according to Qualcomm.

On another front, a federal judge in California issued a preliminary ruling that Qualcomm owes Apple nearly $1 billion in patent royalty rebate payments the chipmaker is withholding, according to US media reports.

Apple sued Qualcomm two years ago over the payments, which were part of a contracted arrangement. The judge's decision will be on pause until after a trial in the case.

Late last year, Qualcomm escalated a legal war with Apple, accusing the iPhone maker of stealing secrets and sharing them with mobile chip rival Intel, according to court documents.

Apple's goal was to buy mobile chips from Intel instead of depending on Qualcomm, the dominant maker of mobile phone processors. It has argued that Qualcomm was abusing its dominant position, harming the whole industry.

A political factor potentially weighing into the legal wrangling between Apple and Qualcomm is how rulings might hamper the rollout of super-fast fifth-generation, or 5G, telecommunications networks in the US.

Crisis-hit Fastjet secures another extension on its loan agreement

Fastjet Plc said on Monday it has reached an agreement to further extend the repayment date on its unsecured loans.