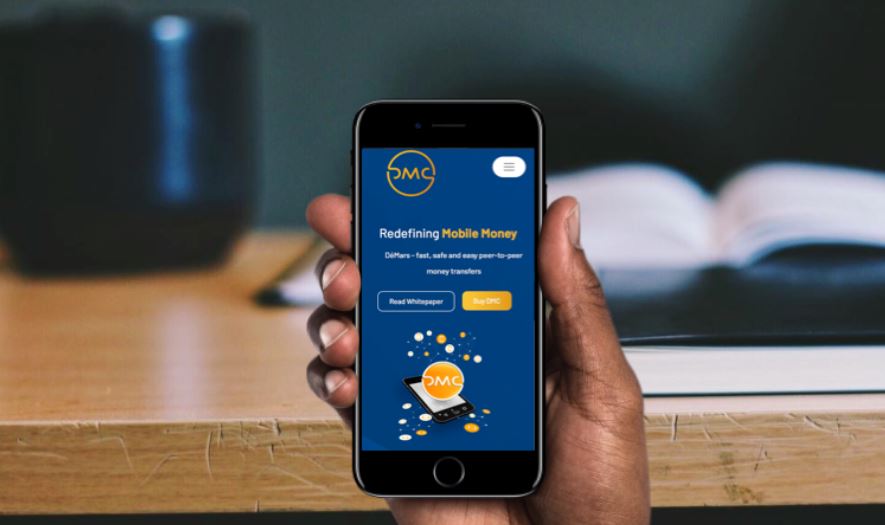 NAIROBI, KENYA: A new idea to improve on the uptake of blockchain technology in Africa is in the works.

Until now, various technological issues have held back large-scale consumer adoption of blockchain technology. Many early adopters have abandoned Bitcoin, Ripple and Ethereum due to poor user experience.

A new mobile phone blockchain network is under development and is projected to acquire large-scale consumer adoption in Sub-Saharan Africa by 2021.

DéMars (DMC), a mobile money platform and new blockchain protocol for the young emerging market is said to be the first of its kind developed in Africa.

“I started researching the entry-level market and I was simply blown away to learn that 1.7 billion adults don’t have access to basic financial services and to learn that in the remittance space, families are paying about 45 billion US dollars a year in fees on the funds they are sending home,” says the founder of DMC, Shaun Burrow.

DéMars says its new technology aims to deliver financial services for the 1.7 billion primarily young, unbanked adults in developing markets like Sub-Saharan Africa, of whom two thirds own a mobile phone.

He says that the “Banking as a Service Platform” will reduce the high cost of remittances to and within developing markets and enable access to simple lending, insurance and savings products.

This is made possible via a smart contract escrow feature, where you can place a classified advert on the network and trade goods, services and cash with others.

With the growth in technology, mobile phones and mobile accounts have dramatically increased over the last few years. For instance, Sub-Saharan Africa registered $19.9 billion in mobile money transactions, which was 63 percent of the global figure.

Sub-Saharan Africa was recognised as the leading market in the global mobile money industry in 2017.

This industry processed transactions worth $1 billion a day with direct revenue of over $2.4 billion. The growth in this number is mainly attributed to the convenience and the simplicity of the user experience of these types of accounts.

Additionally, the reduction in price of mobile phones across the African market has greatly increased mobile phone penetration.

The transfer of money using mobile phones in developing nations has been more successful and widely accepted when compared to sending money through the traditional banking system.

Once deployed, entrepreneurs and developers will be able to build apps and offer services on the network too.

By Graham Kajilwa | 22 days ago