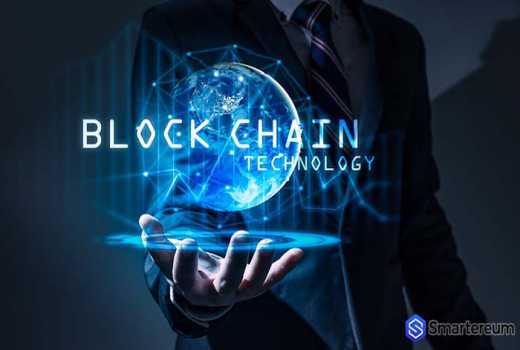 The firm says its new platform, will see transactions completed in under two seconds irrespective of the broadband speed as it targets to penetrate the developing countries in Africa and the middle east who are still using 2G technology.

"This fourth generation blockchain platform will enable a transaction using blockchain technology in the shortest time ever. A secure transaction – end-to-end – can be concluded in under two seconds irrespective of the broadband speed," the firm said.

The launch happened in Dubai on Sunday where it told reporters that it would now be easy for governments and donor agencies to track down their investments and money pumped into projects given that its platform can track the flow of assets from the origin to the final recipient within seconds.

The Central Bank of Kenya has on various occasions warned investors against running into the blockchain technology on grounds that it is not properly regulated and may be risky.

However more and more governments the world over have started warming up to the technology as more players invest in the technology which is now being seen as the currency that will shape the future of financial markets.

The Locus Chain Foundation is led by Sang Yoon Lee, the South Korean gaming legend. The Foundation is positioning itself as a transformative force for the emerging new global financial ecosystem backed by industry-engaged experts with more than 20 years of expertise.

"The Foundation ensures secure inter-operability for consumers, businesses and industries by delivering a fourth generation blockchain technology-based platform, a bridging specification, an implementation and a certification program," the firm said in a statement.

This allows people and devices to communicate regardless of form factor, operating system, service provider, transport technology or ecosystem.

As part of that shift, Locus Chain Foundation is expanding its technology to offer tools and services to strengthen the capacity of grantees in charity fundraising, resource development, crowdfunding and access to donor and foundation databases via its technical platform.

The given technology will be paired with a staff, who will provide specialized services to help ensure the sustainability of services and programs beyond the term of the grant.

Commenting on launch of this initiative, Mr. Sang Yoon Lee, President and CEO of Locus Chain, said, "We are very proud to launch the fourth generation of blockchain technology with cutting-edge security access and transaction with biometric inputs. We are now applying the block-chain technology, which seemed to be far away from the real world, to real life and develop it as a technology that anyone can use. The Locus Chain Foundation team forms a unique blend of technology, finance, business and humanitarian talent."

Locus Chain Foundation announced the setting up of a funding mechanism, aimed at supporting deserving people in developing countries. The mechanism will use the fourth generation blockchain technology to ensure the beneficiaries receive the funds directly in the form of crypto assets. This is for the first time that blockchain technology is being used for such a cause.

The Foundation, which has already raised a significant amount, has signed partnerships with several organizations from around the world. The Locus Chain Foundation along with its partners will implement the funding mechanism to help the causes.

The Foundation hopes to be at the forefront of identifying innovative ideas, people, services and programmes that raise consciousness, community leadership and capital to break the cycles of poverty, violence and inequality that have so long plagued in 'third-world' nations.

Mr. Keun Young Kim, Founder at Locus Chain, said, "Very few foundations are willing to take a risk as the initial funder. They want a safe bet. But Locus Chain Foundation believes that the given technology elevates awareness of these emerging leaders and its services and programmes, it will spur others to provide additional support, creating a ripple effects in the community based on the clearance."

"We believe that our secure and reliable technology with seamless connectivity is a key foundational component to enable us in uplifting people and caring for our future generation regardless of geographical boundaries," he added.

"Our goal is to achieve the highest level of security while delivering the fastest transaction. This will be a unique technology for all Blockchain businesses including cryptocurrency. The foundations of the block chain technology are network security and engine technology. Our experts in these areas have done extensive research over the past 20 years to develop this technology, which is dubbed the fourth industrial revolution," Mr. Lee further said.

According to him, the blockchain technology has been emerging for over a decade.

"But it has been just over a year since it attracted the attention and enthusiasm of investors from around the world. We already combined the block engine technology with the game engine 10 years ago and realized that this technology will be the core of the fourth industrial revolution. What we present now is the most advanced and complete block chain platform."

"We offer a true 'next-generation base platform' that can be used for B2B, B2C, C2C machines to machine (M2M) transaction and certification systems for telecommunications," he concluded.

The fourth generation blockchain technology ensures transparency in financial services with the secured stability of the value guarantee as it is possible to make transactions safer and faster than existing financial networks.

How blockchain technology has been promoted in Kenya

CMA has proposed the creation of a special unit to deal with issues arising from the growing popularity of cryptocurrencies.

By Thomson Reuters Foundation | 17 days ago