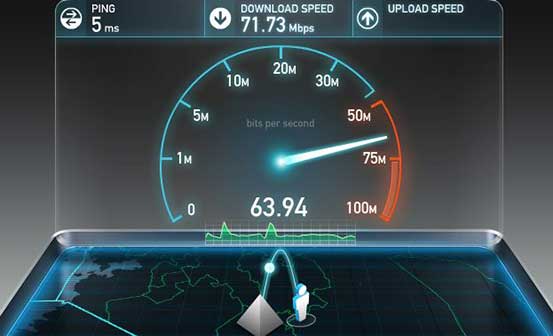 LONDON: Researchers at the University College London (UCL) has set a new record for the fastest ever data rate for digital information, achieving a rate of 1.125 terabit per second (Tb/s), according to a study published online Thursday in the journal Scientific Reports.

The team determined the best way of encoding information in optical signals, taking into account the limitations of the transmitter and receiver. They then applied coding techniques commonly used in wireless communications, but not yet widely used in optical communications, to ensure the transmitted signals are adapted to distortions in the system electronics, according to the study.

While current state-of-the-art commercial optical transmission systems are capable of receiving single channel data rates of up to 100 gigabits per second (Gb/s), the next-generation optical communications systems developed by the UCL team can handle data signals at rates in excess of one Tb/s, according to the researchers.

"For comparison this is almost 50,000 times greater than the average speed of a UK broadband connection of 24 megabits per second (Mb/s), which is the current speed defining 'superfast' broadband," said lead researcher, Dr Robert Maher, from UCL.

To give an example, "the data rate we have achieved would allow the entire HD Games of Thrones series to be downloaded within one second," said Maher.

In this study, the researchers connected the transmitter directly to the receiver to achieve the maximum data rate. They will start testing the system and measure the achievable data rates in a long distance transmission scenario where optical signals can become distorted as they travel through thousands of kilometres of optical fibres, according to the study.

Britam Asset Managers will increase investment vehicles where the returns are earned in US dollars.