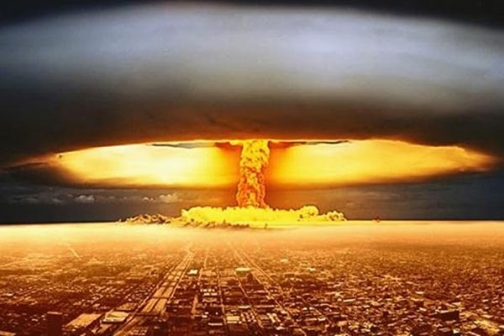 It's a nightmare scenario which could end humanity's reign over Planet Earth.

So is there any way our species could survive a nuclear apocalypse and live to fight another day?

If you have played Fallout 4, you will know that it's theoretically possible to dodge doomsday by living in a bunker buried deep underground.

But the experts from the American Chemical Society have some concerning news for anyone who fancies themselves as a nuclear Noah, because it would actually be very difficult to build a truly impregnable fallout shelter.

PICTURES: Nairobi among cities that experienced Supermoon, next appearance in 2033

"The Fallout series takes place decades after a nuclear war riddles the world the radiation," it said in a video made to mark the release of the highly anticipated game.

"Pretty much the only human survivors are people who moved into giant underground vaults.

"Could human society really survive decades or even centuries living in fallout shelters?"

The answer to this question depends on the level of technology available to humans - and also their ability to afford to buy a spot in a doomsday shelter, which tend to be the preserve of the super rich.

An apocalypse bunker would have to be deep underground and lined with a radiation proof material.

"NASA has developed radiation shielding for space flights which could be adapted for a fallout shelter," said Dr Raychelle Burks, a chemistry expert.

Carbon nanotubes could also be used, because they are 100 times more resistant to radiation than steel - the current material of choice for nuclear bunkers.

Once you've built the vault, you'd need to power it.

Fossil fuel is unsuitable for use in a doomsday shelter, because of the space it takes up, not to mention the pollution it would cause.

Then you would need to produce water, which could be done using a hydrogen power cell which produces water and electricity at the same time.

Happily , science also has a way of producing food using aquaponics which has been used to grow tomatoes and even fish, according to Dr Burks.

But as the old adage goes, hell is other people. So could we actually manage to live in cramped, depressing vaults for long periods of time?

The chemists didn't have an answer, so we'll leave that to you.

Hotel booking site, Jovago has announced unique feature through incorporation of Kiswahili language on its website.

By Vivianne Wandera | 24 days ago