Covid-19 hastens death of the office 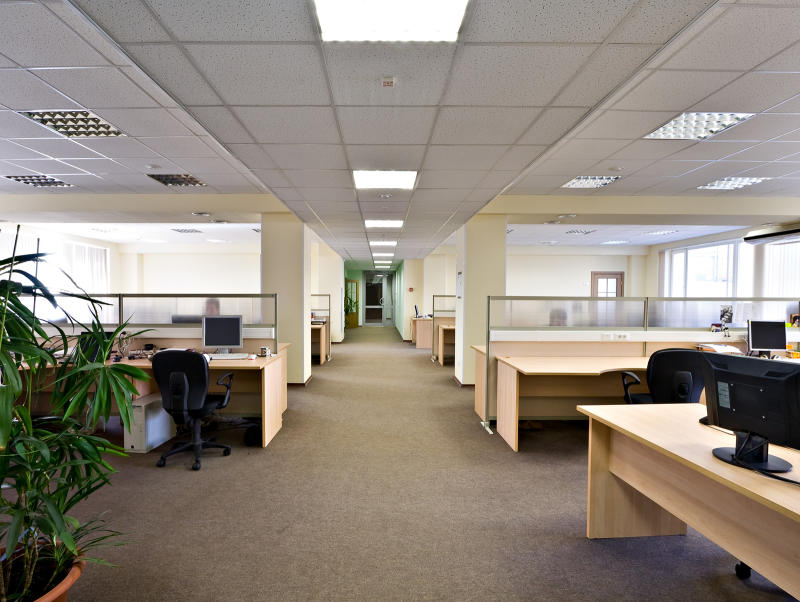 In March, as Kenya put in place measures to contain the spread of Covid-19, pan-African software company Andela directed its engineering and enterprise staff to work remotely.

Three months later, the tech firm that has physical offices in Kenya, Uganda, Rwanda, Nigeria and the US had ditched all its offices.

Andela now describes itself as a “remote organisation”, and believes that productivity among employees has improved from remote working since it issued the directive.

“We started supporting six offices, suddenly we’re supporting 1,000 offices because everyone is working from their home. We had some bumps in trying to adjust, but found that it’s actually possible,” Andela Vice President, Partner Engineering Wambui Kinya told KTN News on Tuesday.

Covid-19 has spurred a work-from-home revolution that has accelerated companies’ reality that remote working is possible.

The workspace has now evolved to be more flexible and dynamic. Firms are also scaling down from expensive offices as they conserve cash to weather the pandemic.

Companies, especially banks and telcos, are also having to contend with business disruptions, including temporary closures after confirming positive cases of the Covid-19 virus, giving remote working a big priority.

However, as Kinya noted, workers have to be given utmost support to succeed in working from home.

Most urban houses are not designed to accommodate work spaces, however small.

“People had not necessarily organised their homes for them to be a working place, so apart from giving up our leased offices, we’ve made it possible for our employees to be able to get desks and computers to create space in their homes, that allow them to work,” said Kinya.

Knight Frank Africa Researcher Tilda Mwai is, however, cautious of an “extreme shift to remote working” especially in Kenya and the continent.

“The current crisis has introduced a new dynamic for all types of corporate occupiers, from multinationals to corporate occupiers in Africa. While we are unlikely to witness an extreme shift to remote working, flexibility and collaboration are going to be core values to any organisation going forward,” she said.

In the short to medium term, she said, changes will be witnessed in office layouts and designs, as overall employee density remains low in line with the pandemic’s containment measures across different countries.

And in the “long-run”, Mwai predicts the use of office space premises as “collaborative spaces, where talent retention and health and wellness for employees will be a key aspect of the new office-as-a-service for corporates”.

The report further explains why the adoption of remote working locally will be slower even as it becomes a norm globally.

It shows that 48 per cent of African firms expect that 75 per cent to 100 per cent of their employees will return to work on a full-time basis.

Only 19 per cent of the respondents expect to reduce their amount of office space occupied.

“Going forward, while the pandemic is expected to lead to a new normal of remote working, the need for physical space in Africa remains dominant, even as organisations embrace the values towards collaboration and flexibility,” said Knight Frank.

Most companies, especially those in the financial and telecommunications industry, are phasing from the traditional office model slowly.

Kinya urges companies still operating on traditional models to rethink their systems, even though she observed that “offices are not dead but have just moved to the internet.”

“Some companies might go back. I really challenge them to better understand what is the utility of the physical space that cannot be recreated because the future of work is how we are connecting across borders and how we are creating the serendipity that comes with building teams and are we really constraining ourselves thinking it has to be in one office,” she said.

In March, Safaricom was among the first firms to ask more than 95 per cent of its staff to work from home. It is said that a huge percentage of its staff will in future work remotely.

Companies will have to be adequately prepared to shut down to curb the spread of the virus. This includes ensuring availability of alcohol-based hand sanitisers, thermometers, gloves, safety masks, creation of designated isolation areas in case of incidents, fumigation, counselling workers and contact tracing.

Seventy-six per cent of those polled in the Knight Frank report said their firms intended to institute social distancing policies to reduce density in their offices.

Rental yields for commercial offices are set to fall this year, as companies scale down.

Majority of office landlords have also re-negotiated their leases in order to keep the spaces occupied.

Half of the landlords polled in the Knight Frank report remained uncertain of the commercial property market, terming it the “greatest challenge” to their real estate portfolio.

“Fifty per cent of respondents are wary of the general uncertainty in the market, citing it as the greatest challenge to their real estate portfolios, followed by an apprehension that tenants may not be able to pay their rent (30 per cent),” said Knight Frank.

The report says 40 per cent of the deals that were under negotiation at the onset of the pandemic face delays while 30 per cent are on hold. Only 20 per cent of signed leases are proceeding as planned.

With the pandemic taking a toll on earnings, 27 per cent of respondents indicated that tenants had successfully requested rent deferrals while 33 per cent had undertaken a renegotiation of lease terms on existing leases.

On a positive note, 30 per cent of the respondents said the pandemic would not deter them from investing in commercial office spaces in the future, while another 30 per cent remained uncertain of the Covid-19 impact on their future investment decisions.

Further, an overwhelming 70 per cent of the respondents have already adopted a post-Covid re-occupancy strategy to ensure business continuity.

As economies dust themselves and get back up, fast food restaurants, healthcare-related retail tenants and full-service restaurants are anticipated to be the quickest sectors to recover.

Big players in the hospitality industries are also showing real resilience as global hotel groups such as Accor Hotels and Radisson Hotel Group announced that they would continue with their expansion plans in Kenya and the African region despite the slowdown in the hospitality sector due to the Covid-19 pandemic.

Disruption of supply chains means retailers are expected to feel the brunt of the crisis severely.

As such, 40 per cent of the respondents from retail industry indicated they expected the second half of 2020 forecasts to be impacted by over 75 per cent.

“As a result of the current pandemic, the retail sector in general is expected to remain under pressure in the short to medium term. In the long run, we expect the market will rebound as the various retail markets formalise.”

Du’Toit said it was expected that more flexible lease terms and revenue-sharing deals might be requested by retail tenants, as they seek to hedge themselves for similar crises.

Satellite towns have sprouted on Thika Road, with investors reaping from a boon in land prices.