Will this be a sane year for real estate?

This is the year when confidence will gain ground for local real estate, according to a PricewaterhouseCoopers in a report.

The report, ‘Real Estate 2020: Building the future’, says Kenya will be a key pillar in the global investable real estate, which is expected to expand substantially.

Local developers and other real estate stakeholders will, however, be understandably cautious following one of the most difficult years in real estate in over a decade.

Murang'a hotel that has stood the test of time

He says technology innovation and sustainability of structural security will be key drivers for value.

His optimism is shared by Housing PS Charles Hinga, who says Kenya will dare to dream of achieving the projected global trend of investable real estate growing by more than 55 per cent by close of 2020, as compared to the situation that prevailed in 2019.

He says the local real estate sector is capable of edging itself to the global projection of 2025, where it is estimated megacities will hit 37, up from the 23 we have today. “Since 12 of the additional megacities are billed to be in emerging markets, Kenya is certainly one of those markets and already we have Mombasa, Kisumu and Nairobi as our cities that will see major spruces and break to outer satellite towns like Nakuru, Meru, Isiolo, Kakamega or Bungoma as key targets to host major projects,” Hinga says.

Private developers collaborating with county and national governments will be key this year and competition for prime assets will intensify, according to Hinga.

At the same time, many will wait to see whether last year’s exercise of mopping up dirty cash in circulation through phasing out the old Sh1,000 notes, and increased fight against corruption as well as renewed efforts to force speedy settlement of pending bills will restore a sense of sanity for the sector.

Last year, towards the middle of the 2019 demonetisation drive, Central Bank Governor Patrick Njoroge said lots of dirty cash was being offloaded into the real estate sector.

Hinga says the government will continue pursuing all avenues to speed up establishment of 500,000 decent, affordable housing units by 2022.

He said the year would see the programme earn jua kali artisans Sh122 million through supply of 67 categories of goods and services, the major one being supply of welding services as well as interlocking blocks. “The ministry will procure all steel materials ranging from guardrails, doors, hinges, windows among others, from youth groups,” he said.

But the government is not the only one that sees 2020 as a better year. Cytonn Investments also thinks 2020 will bring better tidings for the local real estate.

“For instance, the enactment of the Finance Act 2019 that gains effect from January 2020 means Fund Managers or Investment Banks registered under the Capital Markets Act gains approval to hold deposits of a Home Ownership and Savings Plan (HOSP),” says the firm in its end of year report.

According to the Income Tax Act cap 470, HOSP is a savings plan established by an “approved institution” and registered with the commissioner for Income Tax for receiving and holding funds in trust for depositors.

It was introduced in 1995 with the main objective being to aid in housing finance for first-time homebuyers and promoting a culture of savings for aspiring homeowners.

Cytonn believes that this development will see the goal of improving homeownership, especially in urban areas, currently at 26.1 per cent, start moving up to close at a modest 55 per cent by 2022, with year 2020 alone recording 10 per cent of the projected growth.

The company says it expects HOSP to continue drawing potential home buyers mainly due to its flexible platform and tax rebates for contributors.

“In addition, once the recent inclusion of fund managers and investment banks as approved institutions to hold HOSP deposits is effected as from January 2020, there will be enlarged umbrella of financial savings that will enhance the raising of funds for the Big Four agenda on the provision of affordable housing,” it says.

With abolishment of interest rate caps, 2020 is also expected to give rise to increased long-term capitalisation of the sector.

At the same time, Kihalangwa warns that government will weed out shoddy workmanship. “In all these site activities, we will remain cognizant of the risks that we have faced, especially regarding poor architectural works that have made the sector synonymous with collapsing or sinking buildings,” he says. 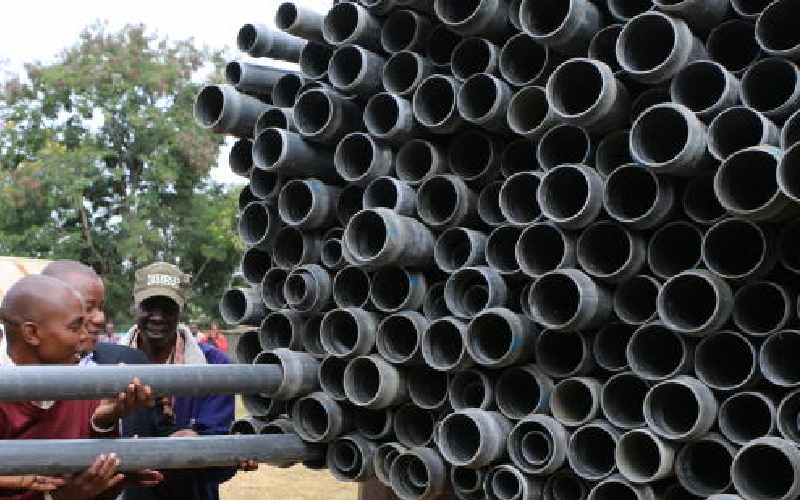