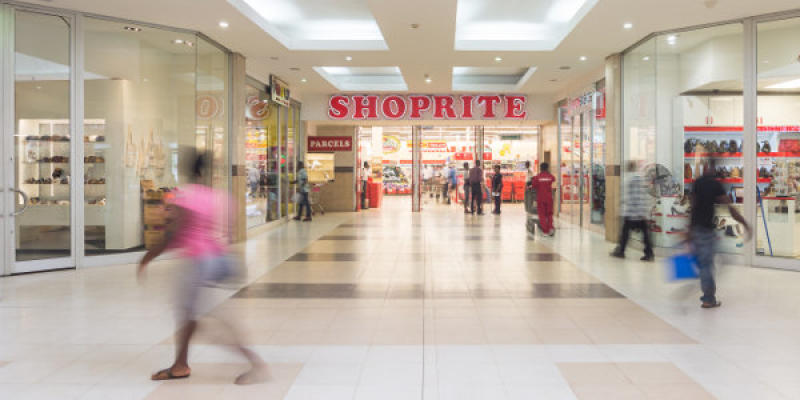 When Nanyuki Mall opened in Nanyuki, it quickly became one of the most prominent locations in the town.

This was in many way thanks to its retail tenant, Nakumatt.

It quickly became a stopover point for travellers and a prominent landmark for residents.

Then in January this year, Nakumatt was dramatically evicted.

Driving through Nanyuki, a month ago, the mall was pale shadow of it’s former self. With the retail space shuttered off, it was nearly a ghost town.

This is, however, set to change after Bostwana chain Choppies opened up for business this month in the same space vacated by Nakumatt.

This story has been replicated across many other malls, the near-total collapse of Nakumatt was a painful lesson for retail space developers and the concept of an anchor tenant.

An anchor tenant is a key tenant whose brand appeal, name recognition and client base attracts other tenants and shoppers.

This makes the mall an attractive place to conduct business, and the landlord is able to maintain a good mix of tenants.

When Westage announced that South African retail chain Shoprite was opening at the mall, Ashmi Shah, Retail Portfolio Manager at Knight Frank Kenya had thisto say: “With Shoprite’s opening at Westgate Shopping Mall as the anchor tenant, together with some fantastic international brands, the mall will record further growth in footfall with its enriched shopper experience.”

This is space that was previously occupied by Nakumatt.

Knight Frank, who have 11 malls under their management say that the entry of newcomer anchor tenants is a good thing for the malls.

The malls, they say, are also more prepared than before to handle a Nakumatt-like situation if the anchor tenants exit.

But Nakumatt’s woes were not the only bump in the retail space development segment. Slow uptake of space with several recently launched malls struggling to attract tenants is giving mall developers sleepless nights.

Nairobi malls, are recording between 70 per cent and 90 per cent occupancy rates, but tenant turnover is high.

Ironically, however, new malls are still being launched and other in the pipeline. Last week, Nairobi’s newest mall, The Waterfront Mall in Karen, opened for business.

Among the malls that are finding their way into the capital soon is the Sh43 billion Crystal Rivers mall in Athi River, which is being developed by Safaricom’s pension fund.

Others are Laxcon Mall, General Motors Mall, Bellevue Mall and South Fields Mall, among others in Rongai, Syokimau, Kitengela, Ruiru, Ruaka and Ruai. Nairobi, according to a report by Standard Bank, accounts for 73 per cent of the total number of malls built across the country.

And as these new malls open up, foreign retail chains are the ‘belles of the ball’. The Waterfront Karen has signed up South African retail chain, Game Stores, as the anchor tenant alongside Shoprite, another South African Brand.

This will be Game Stores second outlet in Kenya. Garden City Mall, which hosts Kenya’s first game stores outlet, was among the first shopping centres to go for foreign retail chains as an anchor tenant.

In February 2017, Two Rivers Mall, which sits on 11 of a 102-acre piece of land welcomed the French retail giant Carrefour as it opened its second and biggest store in Kenya at the mall where it occupies a 10,000 square metres.

The Westgate Shopping Mall has also this December signed Shoprite, as the anchor tenant for the mall.

Shoprite, now operates more than 2,700 stores in 14 countries outside of South Africa and is fighting to control the Kenyan mall space as it prepares to open its Garden City outlet in early 2019.

But why are newcomer supermarkets now a darling of the Kenyan malls as the new anchor tenants?

Johnson Denge of Cytonn Investments says that the malls are attracting newcomers as there anchor tenants owing to the fact that Kenyan retail market has a larger opportunity in the formal exchange compared to other countries and, the newcomer anchor tenants wants to capitalize on this thus beating the local retailers.

“Kenya is experiencing the highest supply of malls than any other country in Africa. Due to increasing urbanisation nature in Kenya, the malls have no otherwise other than take up newcomer supermarkets as their anchor tenants to tap on this,” Denge says.

Denge says that as an anchor tenant, one pays 30 per cent less in their lease compared to other normal tenant.

Monetary policy is tricky. It takes about six months for the effects to trickle through the economy.