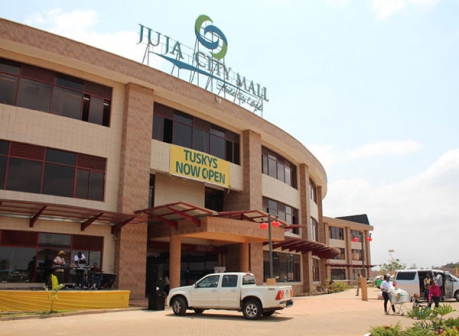 Land prices in Juja are rising faster than any other satellite town around Nairobi. It is the new land and property hub to look up to, and Thika Town, the hitherto unchallenged king of this end of the city metropolitan area, had better sit up and take note.

“Land in Juja has been increasing by 14.5 per cent over the last quarter. Land Prices in the area have continued to feel the effects of the planned infrastructure projects after recording the highest asking price increase in land at 14.5 per cent compared to other satellite towns,” said Hassconsult’s report by for the third quarter of 2016.

It is an assertion that captures the growing prominence of this area. About a dozen kilometres drive away from Thika Town and Kiambu County’s major economic hub, Juja, which is popularly associated with the Macmillan family who owned Juja Farm, is the new kid on the block.

As John Mwangi, a resident describes it, when Thika and the overrated Kiambu Town went on a slumber, Juja was wholly awake. Literally so.

“I moved into Juja in 2006 after buying a piece of land in the area. I was then running my business as a fruit vendor,” says Mwangi. Mwangi, who hails from Mang’u in Thika, bought a plot from a local land brokerage company and built some rental houses there as he ran his business alongside his wife.

At the time, Juja Town was a market centre without any sign of things to come. “In 2006, Juja was nowhere in growth prospectus since people considered it to be interior. It is the students’ economy at the Jomo Kenyatta University of Agriculture and Technology that kept it breathing. I bought my quarter acre of land for Sh500,000 and developed it, hoping that one day I would tap into the residential property boom with my rental (houses),” says Mwangi.

Today, an acre of land is averaging Sh12 million to Sh16 million in the area. What has brought this trend of a boom in land prices in this area?

Investors have camped in the area in the last two years, with infrastructural development speeding up the growth of the area. City Network Holdings, who set up the Sh1.7 billion Juja City Mall, which lies on a 10-acre plot and boasts a four-star hotel, petrol station, bar, restaurant and an amusement park sitting on it, were the pace-setters in the area.

“The proposed multiple developments is unique in the area and has the potential to cause a sharp increase in land values in the area due to the demand created for land by potential investors,” said the environmental impact assessment report before the groundbreaking of the mall took place in January 2014.

And now, two years later, a 50 by 100 feet piece of land is going for over Sh6.5 million. “Juja City Mall is now serving diverse clientele both the students fraternity from the Jomo Kenyatta University of Agriculture and Technology and the workers and all other residents in the gated community in and outside Juja Town,” says Enoch Kabira, a resident of the nearby South Estate.
Sakina Hassanali, head of research and marketing at HassConsult, speaking to Home & Away after the release of the aforementioned report a month ago, pointed out that Juja’s land price increase is anchored on investment in infrastructure.

“As we have seen from previous results, land prices tend to increase when roads and other infrastructure projects are set for development. Land prices in Juja are benefiting from the proposed Western Bypass and commuter rail projects, which will make the area easily accessible,” said Hassanali.

According to Betty Kabira, a land economist, apart from the proposed infrastructural developments that have been earmarked for a launch in the coming months or years, Thika Superhighway has been a major contributor to the land price hike in the area, as has been the case in other places along the highway.

“Nobody thought Juja would grow into what it is today. Unveiling of the Thika Superhighway changed the entire picture when the project’s construction commenced in 2009. On completion, it opened up the area for more investments, especially in the real estate sector,” says Betty, also a resident of the area.

When it was announced that luxury hotel management firm JW Marriott would run a hotel in Westlands, there was palpable excitement, for a good reason.

By Patrick Alushula | 9 days ago