Which way for mortgages? 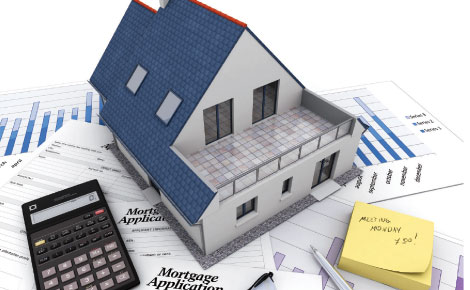 It beats logic that 51 years after independence, there are just about 20,000 mortgage accounts against a population of more than 40 million people.

Banks were slow to cut lending rates despite the Central Bank of Kenya lowering its base-lending rate. A CBK market survey shows that by November last year, the spread between lending and deposit rates stood at 10.28 per cent.

Today, there is no uniformity in interest rates charged by banks. The Mortgage Company announced last week that commercial banks are currently charging interest rates of between 13.5 per cent and 19 per cent.

What is more baffling is that the ‘big banks’ charge the highest interest rates, besides holding large current account balances in non-interest bearing savings.

Even appeals from President Uhuru Kenyatta and his deputy William Ruto for banks to reduce interest rates seem to have fallen on deaf ears.

According to Kenya Bankers Association (KBA) Chairman, Habil Olaka, the issue is not so much on reducing the rate but addressing specific areas making the rates to stay up.

Speaking after the release of the Customer Social Media Survey recently, Olaka singled out automation of the land registry as a key challenge to the lowering interest rates.

He said the current manual process was costly, tedious and risky due to fraud. Land is the most common form of security offered by borrowers.

Even as the CAK probes the glaring disparities, legal penalties for defaulting on mortgage installments are not friendly.

For instance, the basic remedy to a lender would be to sue for the remainder of the debt or to foreclose — obtain a court order to stop the right to complete payment.

The bank or financial institution may also sell the house under the statutory power of sale after a court order. The power of sale arises as soon as the legal date for repayment of the loan has elapsed, allowing the bank to seek a court order and engage auctioneers to sell the property at market rates.

Legally, three months must elapse after notice to pay the outstanding debt or when interest is in arrears of two months or over a breach of a covenant in the mortgage deed.

The lender can also take possession of the property or appoint a receiver to receive all the income from the house.

But now, commercial banks, mortgage firms and other financial institutions will no longer be on a selling spree, thanks to the Land Act passed in 2012, which compels commercial banks to sell property of a defaulter at the highest market value.

Before the passing of the law, there were reported cases of lenders auctioning property at a price far below market value.

— The writer is an Advocate of the High Court.

Why high-end real estate market has picked up in Nairobi

Real estate activity has picked up at the top-end of the market for the first quarter of this year, the latest Hass Property Index shows.

By Mwangi Maina | 15 hours ago