No hooves, no donkey

Several times, you may come across a social media post by someone wondering whether the donkey falls under the Ministry of Agriculture, Livestock and Fisheries or under the Ministry of Transport. Irrespective of which Ministry the donkey fits in best, you cannot ignore the vital role it plays in terms of transportation in areas with poor road network or areas where other modes of transport are too expensive for the common man.

Donkeys in Kenya are mainly used in arid areas where water is scarce and in areas of high agricultural potential where the road network is poor. In counties like Nyandarua and Kiambu, donkeys transport milk and vegetables from farms to the main roads or to central point’s such as milk collection centres and markets.

Donkey hooves can be equated to the tyres of a vehicle. Without good hooves, the donkeys cannot work comfortably. Donkeys are predisposed to hoof disorders due to wet working environment following heavy rainfall, rough terrain and lack of awareness on good hoof care practices by their owners.

The hooves of working donkeys are exposed to constant wear and tear as they move along on different terrain. Hooves may wear out more on the outer or inner sides depending on where the donkey places the most weight or on its position in the cart (common for carts with more than one donkey).

Presence of foreign bodies such as stones, thorns and nails also contribute to the abnormal wearing pattern and expose the donkeys to foot abscesses and hoof cracks. If not regularly checked and trimmed, the donkey’s hooves become overgrown.

Overgrown hooves put a strain on the ligaments and tendons of the limbs and if not quickly attended to, this can lead to lameness. A lame donkey cannot work and thus means a loss of income or savings for the person who relies on its transport services.

Farriery is the art of checking, trimming and balancing equine (horse, donkey, mule) hooves. Farriery can be simplified as equine manicure and pedicure. A farrier is a person who checks, trims and balances a donkey’s hooves. In the case of horses, a farrier will also place shoes on the horse’s hooves (Shoeing). Donkeys are not normally shoed because their hooves are not as well rounded as those of the horse and the nails used to attach the shoes may cause damage to their delicate hooves.

For donkeys to have healthy hooves suitable for work, their owners need to check them daily; before and after work and in case they notice their donkey limping during work. This ensures that they remove any foreign objects which may be lodged within the hoof. Additionally, depending on the rate of wear of their donkey’s hooves, the owner needs to present their donkey to a qualified farrier every six to ten weeks for trimming and balancing.

When a donkey is presented to a farrier, the farrier first assesses each hoof to identify where it is most worn. After the assessment, he then begins to trim and file the hoof wall until the hoof shape returns to normal.

In Kenya, farriery in donkeys is still a new concept among the donkey owning communities. Overgrown hooves are sometimes cut using hot machetes. This poor technique leaves the donkey in severe pain, lame and in unfortunate cases dead as a result of uncontrolled bleeding.

Organisations such as KENDAT in partnership with the Brooke East Africa and Farming Systems Kenya have been working towards improving access to quality farriery services. This is being achieved by increasing awareness among donkey owners on the need to care for their donkey’s hooves and building the capacity of identified farriers to provide quality farriery services.

In a run-up to the World Animal Day celebrations held on October 4, 2020, the three organizations partnered to hold a Hoof Care Awareness Week in Nakuru, Bomet and Nyandarua counties with the theme No Hooves, No Donkey. Activities included teaching the donkey owners how to lift, check and remove any foreign material from the hooves, linking the owners to the trained farriers for future engagement and mentoring the farriers to improve their skills. Over the week-long activities, 15 farriers were engaged and over 250 donkeys had their hooves trimmed.

Many hoof disorders in donkeys can be prevented if the owners regularly check and clean their donkey’s hooves and the donkeys are able to access quality farriery services. More awareness needs to be created among the donkey owning community on the importance of healthy hooves for working donkeys. 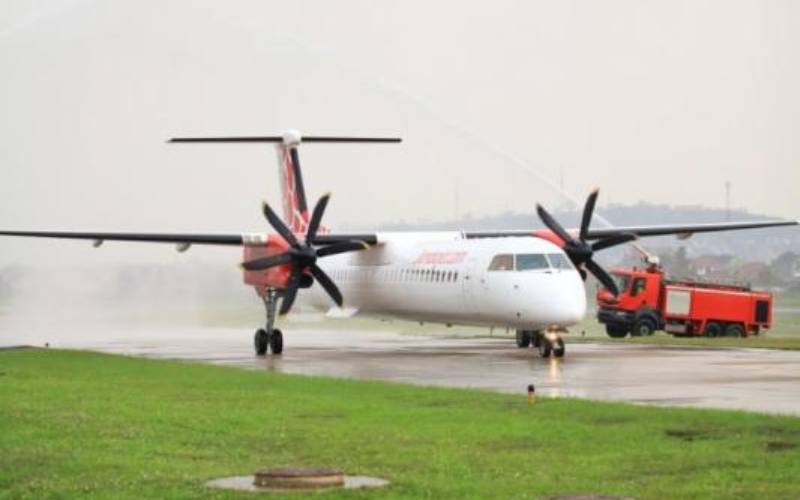 By Robert Maina | 3 days ago