Student loans are becoming more of a debt trap 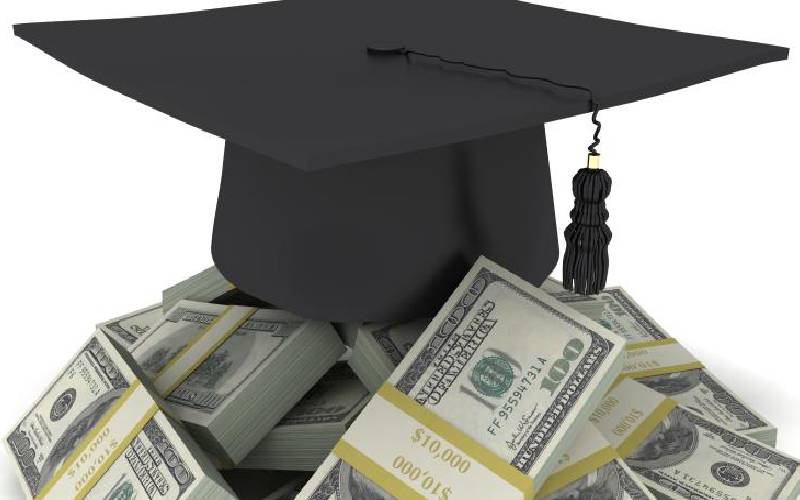 The Higher Education Loans Board was a good idea. It was established in 1995 to offer loans to bright students who have been awarded admission to the universities but could afford to pay for themselves.

The narrative by the Government is the same one peddled by governments across the globe; that of success, enabling students from poor backgrounds to access university education, the sustainability of a revolving fund and great economic impact.

Lawyer to get Sh10m from Helb for wrong listing

To support this narrative, the board gives a figure of 113,000 students who have successfully repaid their loans amounting to 13 billion.

To a certain extent, the fund is an enabler. When it was established in 1995, the transition rate between university education and employment was at 100 per cent with the only concern being of brain drain as some graduates sought greener pastures abroad.

Consequently, it was easier for beneficiaries to access employment upon graduation and to honour their loan obligations to HELB. Sadly, this is no longer the case. Only about 54 per cent of Kenyan graduates land jobs within the first two years after graduation. If we consider underemployment and short term internship programmes, the statistics would get much lower.

By the fifth year, the figure improves to a paltry 74 per cent.

Tellingly, over 48 per cent of graduates are candidates for listing at the Credit Reference Bureau (CRB) by the third year.

HELB says 30,000 of these are Kenyans in the diaspora. While in the past, this may have been true, the current reality is that most defaulters are Kenyan graduates unable to secure employment.

While the historical problems seem manageable, the board reports that 264,000 loans are yet to mature for collections.

These are either fresh graduates or students in colleges and universities who have benefited from their loans facilities.

Once these students have graduated and two years have elapsed, the loans will be classified as mature for collection.

Sadly, the economy is not creating enough jobs to absorb all these graduates. The default rates are expected to rise with this tide. For the graduates who land quality jobs, the board is a blessing that enabled them to access higher education. Certainly, they are bound to pay to enable generations coming after them to enjoy the same benefits.

For those who were unlucky enough not to get jobs, the board has promptly listed their names at the CRB, condemning them to eternal poverty. Government, which is the largest employer, and other major corporations require a HELB clearance form before hiring a graduate.

A graduate blacklisted by CRB cannot get the clearance certificate either from HELB or from CRB. The situation makes it impossible for such graduates to secure employment, further exacerbating the problem.

The listing blocks industrious and enterprising graduates from accessing loan advancements from any financial institution.

In essence, the loan beneficiary is thrown into a debt trap, unable to secure employment or access funding for a substantial business.

This model of financing higher education had its origins from the US. It was touted to be an effective sustainable cost-sharing model between the government, the student and the community.

Sadly, however, it is reported to reduce national savings significantly and inhibit economic growth.

There are numerous alternative methods of free higher education which however leads deductions of distinct amounts from the graduate upon employment. In principle, each generation educates the next.

A majority of the Scandinavian countries have made education free; it is attainable. But perhaps the biggest undoing of this system is the fact that a very small amount can encourage brain drain, discourage creativity and hinder entrepreneurship.

As great minds get trapped by the rigid alliance of HELB and CRB, one wonders how many innovations could have been created if these young graduates were allowed to access enterprise financing.

Is it also possible that due to the corrupt employment environment, many of these will be forced to seek employment regionally and internationally?

The opportunity cost of listing the non-performing loans far outweighs the intended benefits.

-The writer is the CEO of Elim Capital Ltd.

Mixed bag of fortunes for residents as port opens on Thursday

The final round of demolitions saw more than 3,000 traders evicted.

By Leah Nduati | 3 days ago