Where has all the money in the economy gone? 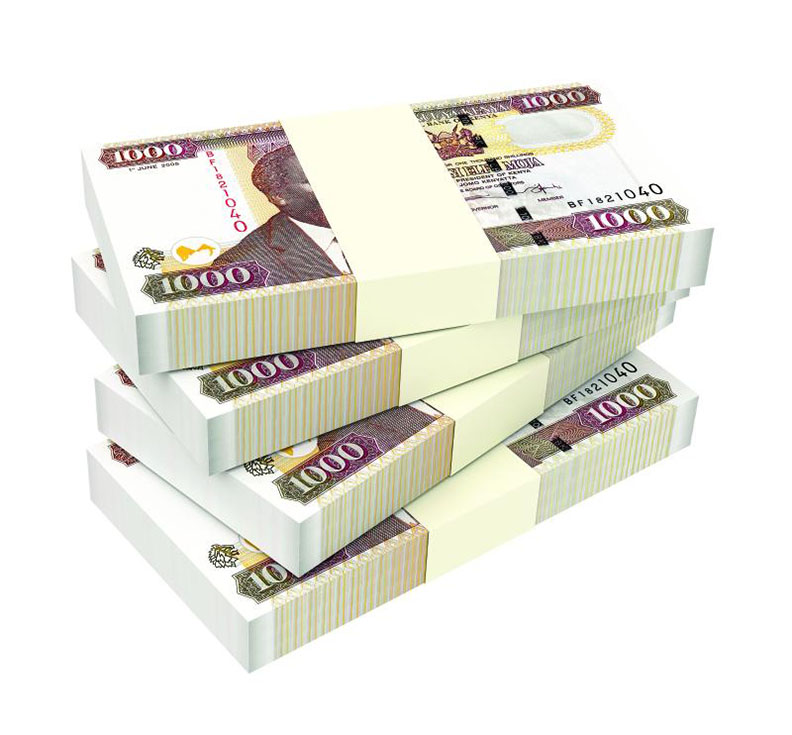 The most popular question on the streets now is where has all the money gone. Both the government and the individuals say there is no money. Curiously, there isn’t much complaint about inflation.

The lack of money is best espoused by a rise in borrowing. Both individuals and the Government are on a borrowing spree. The government has gone offshore to reduce the crowding effect and reduce the cost of borrowing.

That is a smart move, despite paying the loans in foreign currency. The individuals have done the opposite, borrowing locally and at higher rates. That is why shylocks are thriving and betting firms too.

Entrepreneurs never fail to see opportunities even in adversity. Betting firms are even portraying the activity as an investment.

With high unemployment rate and glorification of materialism, borrowing and betting are seen as a way out, the road to the ‘promised land.’ We all hope to hit a jackpot one day and rest ever after. It does not matter if you are more likely to be hit by lightning than winning a lottery.

How many borrow to bet?

If you count the emotional cost of betting and diversion of resources to unproductive activities, you easily understand why money has “vanished.” Where has it gone? The only time a similar situation was witnessed was after KANU lost power.

This makes it easy to speculate where the money has gone. The explanation is likely to be contentious.

The disappearance of money means the war of corruption is partially being won. With corruption, there is lots of free money circulating around.

Once corruption is reduced, there is a reduction in circulation and money vanishes.

It so happens that money got corruptly is used immediately, often without planning or thinking.

The easy money is often invested in the wrong places without commensurate returns or increasing the productive capacity of the economy. To muddle waters more, it’s also possible, that there is no money because it’s being hoarded by graft lords.

Corruption often sucks money out of circulation by keeping it instead of using it.

Sometimes, the money is held outside the country or internally in cash or illiquid assets such as land or buildings. That sounds familiar?

The second reason why money is scarce is not so surprising, we are not paying our debts or suppliers. This puts a break on money circulation.

Once you pay my debtor for goods or services, I will use that money to pay others and the circulation goes on.

I can also take the money to the bank where others can borrow and keep the circulation going. A break in this cycle leads to less money in circulation. One suspect in breaking this cycle is the government both - local and county.

By not paying their suppliers, they break the cycle of money in circulation.

Like it or not, governments all over the world are key players in the economy.

One common question is how long one should take before paying his debt or suppliers. The sooner the better.

Failure to pay on time holds the economic players hostage.

Slowing the circulation, unfortunately, slows down the economy. After all, money multiplied by the velocity of its circulation constitutes the gross domestic product (GDP).

There could be other reasons why circulation has reduced. What of our affinity for laziness. Economics is about productivity, working.

If we don’t work, we produce less and less money is in circulation. We have also not leveraged on our networks like the East African Community and global community.

Counties have not created synergies which have led to economic silos. Economic blocks are trying to reduce this. What of technology like M-Pesa and mobile banking? Have they reduced or increased money circulation? Where do we go from here?

More money into circulation without printing more cash means keeping the war on corruption alive and giving those who work hard their incentives.

We must pay on time for goods and services. Governments must be fiscally disciplined just like individuals.

The easiest way to get more money into circulation is to grow the economy. Focus resources in the most productive sectors of the economy.

By harnessing the creative genius of our citizens whatever their position in society, we can grow the economy and have more money in circulation and the high-quality standard of living that goes with that- in my lifetime.

Effective implementation of Agpo could be boosted by new legislation

The Agpo programme founded on article 227 of the Constitution aims at fair, equitable, transparent and cost-effective procurement of goods and service

By Kendi Ntwiga | 1 day ago

Of Ireland, its resemblance to Central Kenya and ‘Mûngû’
Feedback