Hotel's ex-workers reach out to Atwoli over lost jobs, dues 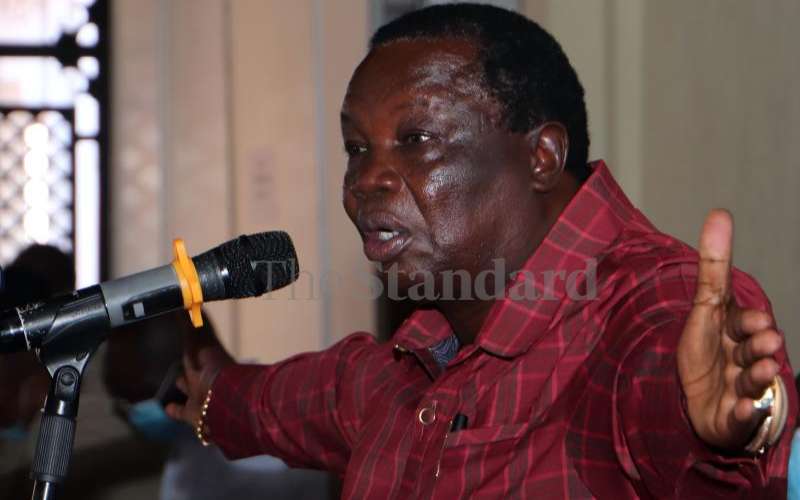 Some 36 former hotel staff have reached out to Cotu Secretary General Francis Atwoli (pictured) to compel the hotel management to compensate them for the loss of their jobs.

They worked for Pride Inn Paradise Beach Resort, Convention Centre and Spa in Mombasa since 2015 when it first opened its doors to the public.

The workers said they were declared redundant and sent home with only Sh50,000 each.

"We have toiled for this hotel. Always put in our best, and were part of the team that ensured that when the Hotels and Restaurants Authority (TRA) carried out hotel classification, we attained a five-star rating," said Omar Gwashe, former shop steward.

He said that while they have no problem with the hotel declaring redundancies, they are not happy with how they were treated right from the day they were handed dismissal letters.

The Standard contacted the hotel's Managing Director, Hosnain Noorani, who later asked a Mr Nicholas from the HR department to call this writer.

The HR had not responded by the time of going to press.

Shipping companies that transport the world’s coal are in the crosshairs of some financial backers, who are cleaning up their businesses.