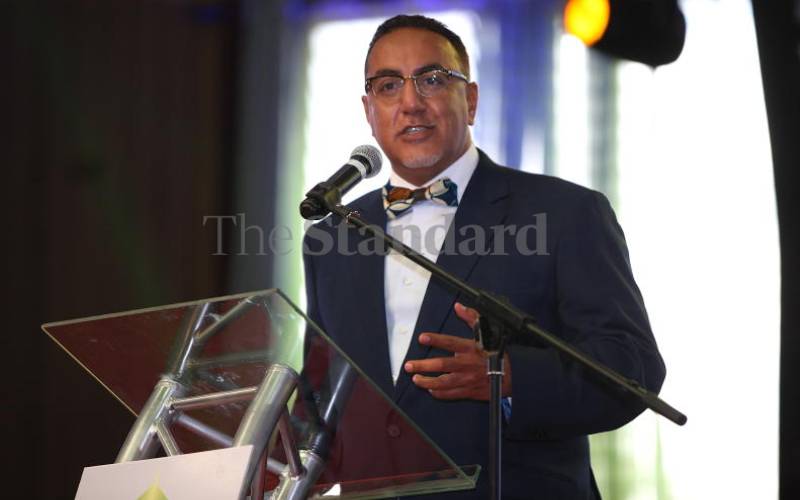 PIC chairperson Abdulswamad Nassir said the TPF’s roles were a duplication of some agencies in the ministry, which had caused confusion in the management of the funds.

“There are already other agencies doing what TPF is doing. This amounts to duplication. TPF is not a State corporation. Where is it domiciled?” posed Mr Nassir.

TPF was established through a legal notice number 24 of April 12, 2019, by the Cabinet Secretary for Treasury.

It provides funds to support the development, promotion and branding of tourism.

Recently, there have been reports of cut-throat competition between agencies under the Ministry of Tourism.

PIC is said to be keen to task Balala to end this.

Further, Nassir and his team will seek to establish why the RNUC project was underfunded.

The construction of the college, which started in 2007, is enabled through the Tourism Fund and is expected to complement the overstretched Kenya Utalii College

“Our investigations have established that the project is being underfunded. This project has to be completed and start admitting students,” Nassir said.

Kinangop MP Zachary Thuku, a PIC member, said they were concerned that an initiative that was part of the Vision 2030 flagship project, was being delayed.

“Of interest is that Balala comes from the Coast. He ought to have ensured that funds are available to complete the project in time,” he said.

Wajir North MP Rashid Amin said RNUC was a grand project that had faced many challenges since construction started.

“We are, however, impressed by the level of work so far. But there is need for government commitment to ensure that it does not stall,” the legislator said.

Likoni MP Mishi Mboko said the college was ideal for the Coast region, which is the hub for tourism in the country.

She said the college would boost manpower training in the hospitality industry, create jobs and help empower locals.

The company still in the red with a negative working capital and will be seeking a State bailout. There was not much progress from its core business.

Who was paying for the generous helping of chips?