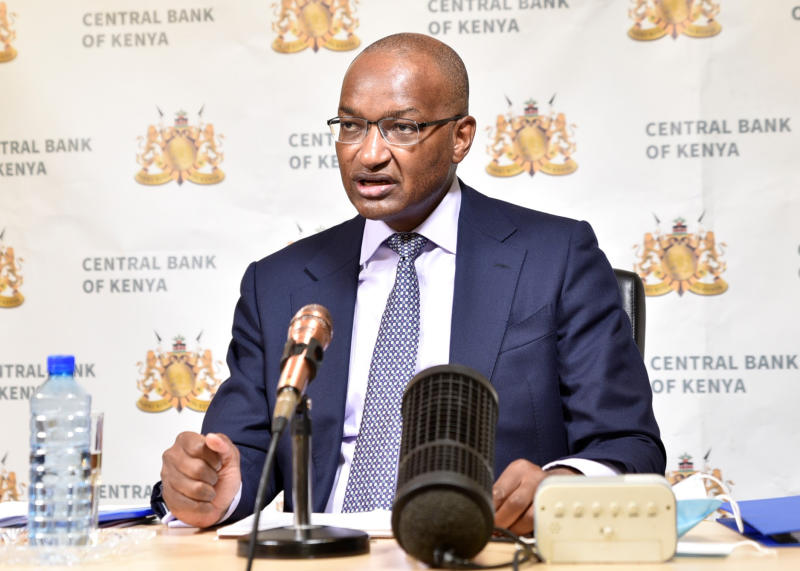 The Central Bank of Kenya (CBK) on Thursday said Kenya is keen on debt repayment extension from its external lenders to help stabilise the economy from the effects of the Covid-19 pandemic.

Speaking at a post-Monetary Policy Committee meeting CBK Governor Patrick Njoroge did not disclose the exact amount of money Kenya would save from such arrangement only saying that the savings from any such arrangement will depend on the duration of the extension.

“Yes, Kenya is keen on any debt repayment extension, such arrangement will free up resources to be channeled to other purposes in the direction of helping the economy recover,” he said.

The Debt Service Suspension Initiative (DSSI) is helping poor countries concentrate their resources on fighting the pandemic and safeguarding the lives and livelihoods of millions of the most vulnerable people.

In January, a club of rich countries (Paris Club) agreed to Kenya’s request for debt relief which will see the country save will save Sh17.1 billion.

The informal group of official creditors agreed to offer Kenya debt relief following the country’s application under the Debt Service Suspension Initiative (DSSI), which is run under the auspices of the G20, a group of 20 wealthy nations.

Noting that Kenya was eligible to benefit from the G20’s DSSI, the Paris Club agreed to freeze Kenya’s debt repayment from January to the end of June.

Some of the club’s members that participated in the DSSI include France, Germany, Canada, Denmark, South Korea, Spain, Italy, Belgium, Japan, and the United States.

Kenya will save the most amount of money from Italy, which it was supposed to repay Sh4.5 billion during the six months, followed by Japan at Sh4.4 billion.

The other member of the club that was supposed to get the third-highest payout from Kenya is France, which was to receive Sh3.9 billion from the country’s coffers. Germany was to get Sh1.82 billion and Belgium Sh1 billion.

In March this year, African governments rooted for the extension of the Debt Service Suspension Initiative (DSSI) until at least the end of 2021.

The move will free up an additional Sh871.6 billion ($8 billion) for recovery in 2021 and providing much-needed liquidity to respond to the Covid-19 crisis.

World Bank President David Malpass in April said extending the debt payment freeze through year-end would save even more money that countries could use to combat the COVID-19 pandemic and support their economies, Malpass told reporters, but gave no specific estimate.

KCB has introduced a discounted financing facility to boost KCB MSME customers whose operations have been adversely affected by COVID-19.

Total operating costs during the quarter remained relatively flat at Sh2.09 billion, compared to Sh2.11 billion over a similar period in 2020.