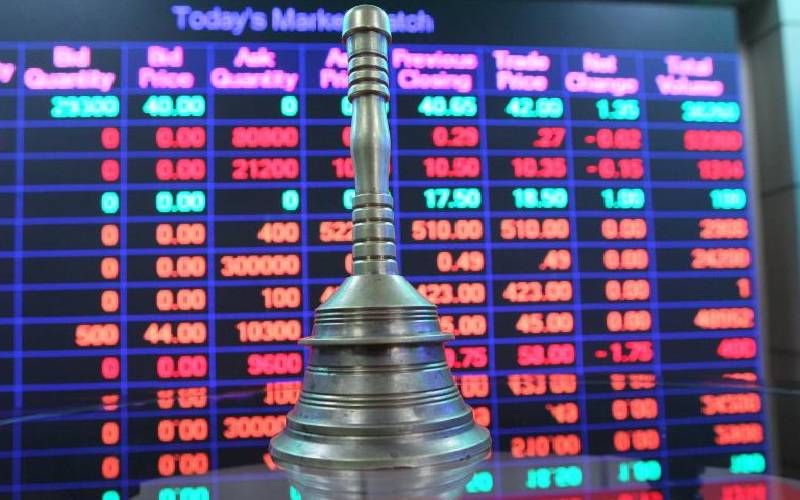 Foreign investors sold more than Sh37 billion worth of equity in the country’s leading listed companies as uncertainty around Covid-19 sent jitters through the market.

Foreign investors in KCB sold 255 million shares worth Sh9 billion between November 2019 and December 2020, shrinking their stake in the leading lender from 22 per cent to 14 per cent.

EABL similarly saw foreign shareholding fall from 28 per cent to 19 per cent over a similar period, as investors sold off 70 million shares valued at Sh10 billion.

The latest figures come on the back of a volatile trading season at the Nairobi bourse, with the Nairobi Securities Exchange (NSE)-20 share index losing Sh200 billion in market capitalisation in just one year.

“The NSE-20 index closed the year at 1,868.39 points, a 29.6 per cent drop from the 2,654.39 points recorded at the beginning of the year, as local and foreign investors shifted their investments away from listed equity to other investments, seeking to mitigate against the declining value of their portfolios,” explained the Capital Markets Authority (CMA) in its latest industry report.

“During the year, net foreign outflow in the bourse was Sh28.63 billion compared to a net foreign inflow of Sh1.38 billion in 2019, as foreign investors exited,” explained the market regulator in its report.

The five firms account for 76 per cent of the NSE’s market capitalisation, and last year accounted for more than 93 per cent of the equity turnover recorded at the bourse.

CMA said it is working on policy interventions to reduce barriers to entry on the NSE, and encourage more local enterprises and large family-owned businesses to list.