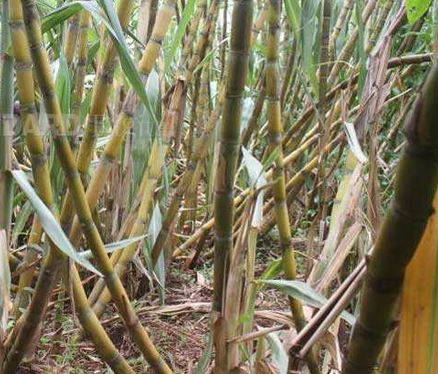 In a bid to defend the government's plan to lease the millers, Raila asked farmers to be patient as the state works out on feasible leasing terms and conditions.

''I know some farmers' patience is running out of steam, but all I can assure you is to be patient for good fortune is in the offing,'' Raila told the farmers in Ombasa, Awendo.

Raila claimed the government was not best poised to run the sugar factories and therefore leasing the state-owned mills was the only sure way to revitalise them.

''We want to change the management of the sugar factories to boost their efficiency and production capacities and make sure that they operate in optimum capacity,'' Raila said.

He questioned where the sugar proceeds from cane harvested and milled disappeared to for years with most sugar factories operating in losses as opposed to profits.

Raila told cane farmers to support plans by President Uhuru Kenyatta's administration to lease the sugar factories as opposed to appointing Managing Directors to run them.

He said private millers have continued to thrive because they continuously find ways to reduce costs to better and pay farmers promptly unlike state millers that take months.

Today, thousands of cane farmers across Awendo, Nyando, and Mumias sugar belts claim most millers were unable to harvest and mill their cane in good time.

''Government’s mission is to provide for all citizens through the common good– things like roads, schools, security among other infrastructure,'' Raila told farmers in Awendo.

Raila appealed to cane farmers at the burial of the late Peter Sirawa, father to Awendo MP Walter Owino to support leasing of the state-owned firms.

''We want the factories to be leased to new investors who will run them as profit-making entities and foster innovation by setting standards for research and development."

Migori Senator Ochillo Ayacko had earlier supported leasing but called for public participation, a suggestion Raila dismissed as unworkable and a waste of time.

''You cannot talk of public engagement. The public does not have the experience, qualifications, and/or expertise. What role will they play or advise in leasing the factories,'' he posed

Raila clarified only experts with either local or global experience to run the sugar factories should be given chance to lease the mills for a period of a specified time.

He cautioned against dragging the government feet by calling for public participation when most farmers were stuck with thousands of hectares under cane due for harvest.

Migori Governor Okoth Obado supported planned leasing of the factories to end years of 'economic strangulation' of thousands of cane growers who heavily depend on the industry.