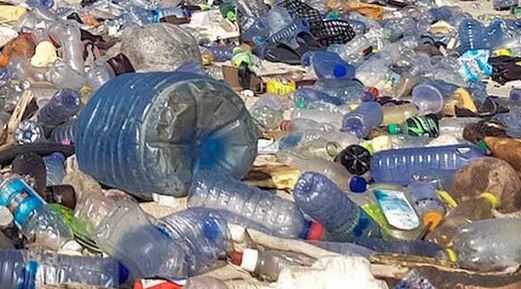 As the implementation of the ban on single-use plastics in Kenya’s protected areas takes effect from today, the Kenya Forest Services is tightening surveillance on forest reserves countrywide.

The Forest Conservation and Management act 2016 prohibits dumping waste in a forest without authority and any person convicted of this, is liable on conviction to a fine not exceeding Sh3 million or to imprisonment for a term not exceeding ten years or both.

“The overall objective is to keep SUPs out of all forest reserves by educating stakeholders, promoting appropriate alternatives to the SUPs, sensitizing the public on the governing laws as well as enforcing these laws.”

Due to the expansive coverage of forest reserves and the many facilities and activities found within the forests, the Service has developed guidelines for the implementation of the national ban with an overall goal of contributing to the sustainable management of plastic waste in the country.

Subsequently, all forest conservancies and stations will roll out programs to educate stakeholders, promote appropriate alternatives to the use of SUPs in the forest areas, sensitize communities on the laws and regulations and ensure the ban is fully enforced.  In the past, the Service and other stakeholders have been utilizing polythene tubes to raise tree seedlings in the tree nurseries.

However, the polythene tubes will now be gradually replaced by viable alternatives such as Swaziland beds, root trainers, and unigrow trays for seedlings propagation.

The ban on single-use plastics places Kenya among the first movers in a trend towards a cleaner and healthier environment globally. Other African countries in the frontline of eliminating the use of single-use plastics with combined total bans and levy on retailers include Rwanda and South Africa.

With Kenya being one of the fastest-growing economies in Sub-Saharan Africa, the landfill menace is expected to expand faster, posing both environmental and health risks to the country and its people.

If well implemented, the ban on single-use plastics will profit public health, tourism, and agriculture, among others. This is by ensuring a cleaner environment with less plastic pollution, a factor beneficial not only to human health but also to biodiversity and will make Kenya’s tourism destinations more appealing for both domestic and foreign travelers.

According to a newly launched trend report by Sustainable Inclusive Business (SIB-Kenya), the ban on single-use plastics is a logical next step in reducing the amount of unsustainably disposed plastics; after the 2017 ban on throw away carrier bags.

“This comes at a time when we see an increase in single-use plastic products, and the ban will go a long way in encouraging the adoption of the refuse, rethink, remanufacture, recycle, and recover model of production,” noted Sustainable Inclusive Business Director Karin Boomsma.

The report provides more insights into the implications of the Kenyan single-use plastic ban on the economy, planet, and people, and how businesses both small and established can prepare for alternatives.

By Frankline Sunday and Vivianne Wandera | 23 hours ago