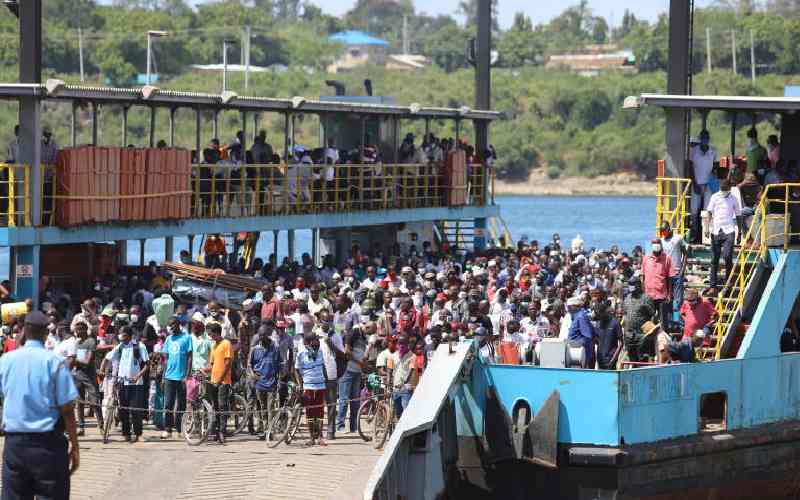 Hundreds of traders and users of the Likoni ferry point have expressed fear of contracting coronavirus due to overcrowding.

At least 40 people have tested positive for the virus, making Mombasa the second most affected county after Nairobi.

In a letter to Kenya Ferry Services managing director Bakari Gowa, the county's Public Health department directed that the traders be immediately relocated.

The letter stated that the traders were "not adhering to social distancing rule and failed to practice basic hygiene."

The traders, estimated at more than 1,000, often mingle with commuters from the ferries, causing overcrowding.

"The area is overcrowded and this is not good at all, as we fight the deadly disease," said Mishi Mboko, the Likoni MP.

Kenya ferry head of security Hamadi Kamanya said they had barred the traders from accessing the premises. He urged the county enforcement team to evict the traders loitering around the premises.

This came in the wake of reports that some of the Covid-19 suspects who had been isolated at Likoni School for the Blind, escaped. They are yet to be traced.

Area MCA Ahmed Salama had claimed four suspects who had escaped from the facility were later apprehended and taken back. Mombasa County Commissioner Gilbert Kitiyo dispelled the "rumours".

The proposals in the Tax (Amendment) Bill 2020, include levying of 14 per cent value added tax, a change from the tax-exempt status previously enjoyed