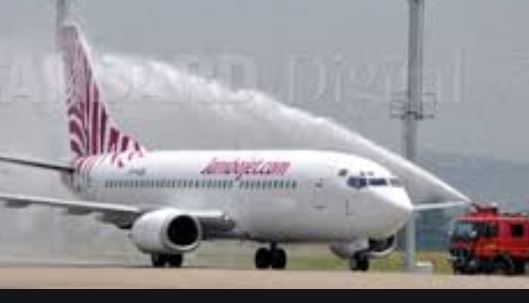 Jambojet has complied with the government’s movement restrictions in Kenya’s four counties to temporarily suspend its flights.

President Uhuru on Monday announced the cessation of all movement by road, rail or air in and out of Nairobi, Mombasa, Kilifi and Kwale counties for the next 21 days.

“In light of this, Jambojet will temporarily suspend all its operations for the period between April 7-30 . We therefore regret to inform all our customers and business partners that all the flights for the said period are cancelled with immediate effect,” said the airline.

‘We would like to encourage all passengers scheduled to travel within the month of April 2020, to consider re-scheduling their travel plans to a later date at no extra cost. The value of these tickets will remain valid for a period of 12 months from April 7.”

President Uhuru has declared Nairobi, Mombasa, Kwale and Kilifi counties Covid-19 hotspots and banned movement and in out of them for the next 21 days.

In his address to the nation on Monday evening, the President said that Nairobi accounted for 82 per cent of the total infections while the Coastal counties account for 14 per cent hence the order.

"To contain and limit the spread of the disease to other parts of the country, the National Security Council has sanctioned and caused the issuance of the following additional measures, as follows: That there shall be a cessation of all movement by road, rail or air in and out," President Uhuru announced.

The government on Sunday also announce te extension of international flights for another 30 days. Transport CS James Macharia saith the extension will however not affect cargo and evacuation flights.

This follows the completion of the re-organisation that brings the M-Pesa brand under the full control of Safaricom and Vodacom.