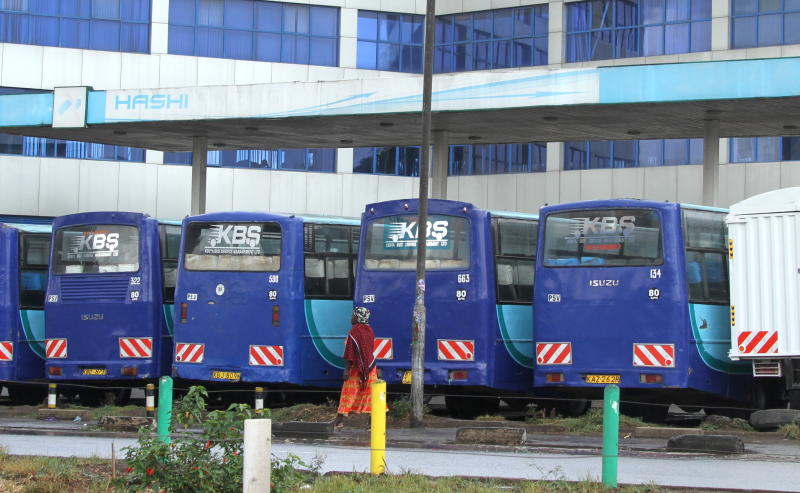 There are 420 matatu Saccos operating illegally in Nairobi County.

The National Transport and Safety Authority (NTSA) statistics show there are only 272 registered matatu Saccos in the city, out of the 692 that are operating.

This is according to new data from the NTSA tabled by its Licensing Manager Jackson Mutua before the assembly's transport committee last week. The committee has now directed the transport department not to issue licences to more matatu Saccos.

Mr Mutua tabled the statistics to help the committee probe the dwindling parking revenues that the Executive was reporting.

The committee that is chaired by Joyce Muthoni had earlier queried why the county government was missing out on seasonal parking revenue paid by the 420 Saccos.

This is despite the fact that the Saccos had been allocated pick-up and drop-off points within the Central Business District.

“If the matatus have not been registered, then how do they pay for seasonal parking," wondered Ms Muthoni.

"It seems someone is pocketing money to allow them to continue operating," she said.

When questioned, an engineer from the transport department identified only as J Kimathi agreed that the county has been losing a lot of revenue.

Utalii MCA Wilson Ochola accused officers from the county transport department of colluding with the unregistered Saccos to line their pockets.

"How can 420 Saccos operate unnoticed by the county? This only shows there is corruption in the transport department," Ochola said.

The committee also noticed that a majority of the matatus under the unregistered Saccos have not complied with required operational standards.

It urged the agency to crack the whip on them.

South C MCA Ousman Khalif said some Saccos have been allowed to operate within the Central Business District, yet they did not have the required number of vehicles.

NTSA regulations dictate that for a Sacco to be registered, it must have a minimum of 30 vehicles.

A spot check by The Standard revealed that some Saccos operate with less than 10 vehicles.

“This has led to congestion in the city,” said Mr Khalif.

Director of parking services Tom Tinega faulted the NTSA statistics and asked the agency to examine its numbers.

Separately, more than 100 operators of Public Service Vehicles (PSVs) have been arrested in the North Rift.

This follows a crackdown by the Kenya Film Classification Board (KFCB) on PSVs playing obscene music and videos.

Emmanuel Mbutu, the KFCB North Rift regional manager who led the crackdown vowed to weed out all operators who flout the agency's regulations.

Mr Mbutu noted that some students, especially those in public day secondary schools, were skipping lessons to hang out with the PSV crews.

“We are determined to bring sanity in the PSV sector across all regions of the country," said Mbutu, who was speaking in Eldoret town.

"Loud music and obscene media content will not be tolerated.”

He continued: "It is unfortunate that a majority of the matatus plying various routes in the region are yet to comply with content regulation requirements.”

The number of counties affected by desert locusts has risen from three to 17 in the last three months, with fears that the number could rise.

By Frankline Sunday in Kinshasa | 9 hours ago