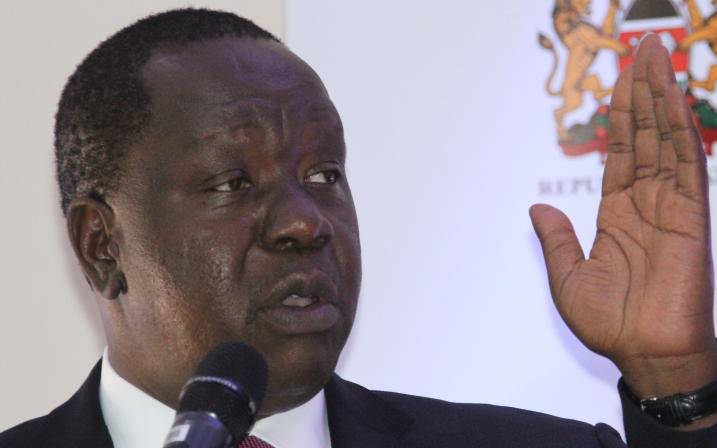 The government has committed to paying all pending bills by March 2020, giving hope to businesses owed billions in goods and services already delivered to the State.

Interior and Coordination of National Government Cabinet Secretary Fred Matiang'i (pictured) yesterday said the Cabinet had developed a schedule of how money owed by ministries, State departments and authorities will be paid.

“We have already paid over Sh9 billion in pending bills to those owed by the national government and hope within the next month or two, as these bills are cleared, everyone owed under SMEs and the Agpo framework will all be paid,” he said.

At the same time, Dr Matiang'i put the governors of 15 counties on the spot for failing to pay their debts despite receiving disbursements from Treasury.

"We have been focusing on these bills to ensure they are paid and there is good progress made and we demand our colleagues in the counties pay their bills,” said the CS, who also accused governors of using the issue for political mileage.

“Some governors don’t want to pay bills because they were incurred when their predecessors were in office and they are playing politics with the lives of the SMEs. It is not fair,” he said.

An audit conducted by the Auditor General on behalf of the National Treasury last year showed that national and county governments owed suppliers more than Sh225 billion dating back several years.

The national government owed a total of Sh137 billion, including Sh42 billion in historical debts by several State departments and agencies.

Counties on the other hand owed more than Sh100 billion including payments to the Kenya Medical Supplies Agency, electricity and water payments among others.

Last month, Treasury released Sh50 billion to counties for payment of pending bills following President Uhuru Kenyatta’s assent to the Division of Revenue Bill, 2019, and threatened to freeze disbursements to 15 counties that had made no effort to clear their bills - a move that was thwarted by Parliament.