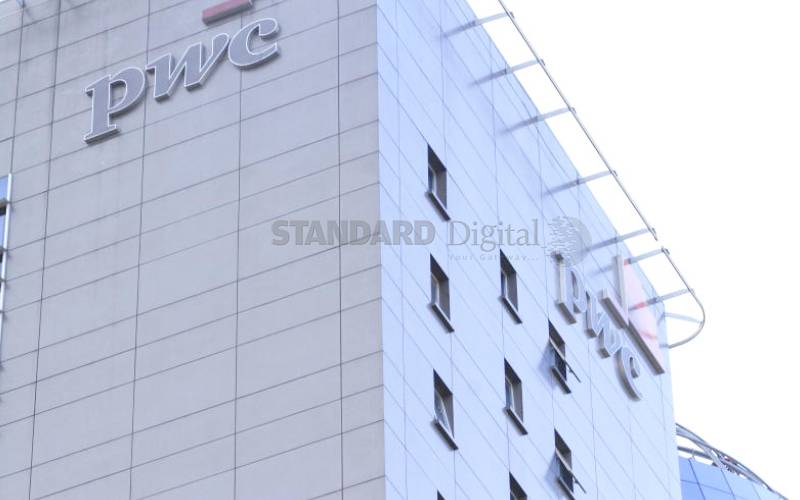 If you are a low-cadre employee at a bank, chances are that your job is on the line, as the industry increases uptake of technology in service delivery.

According to a study by PricewaterhouseCoopers (PwC), the lenders’ reliance on technology as well as use of low-cost agency outlets has seen about 700 workers laid off.

However, on the flip side, senior employees in the banking sector are getting better pay.

The study noted that despite the total number of people employed by the industry having reduced last year, the amount banks used in remunerating their employees went up.

How to keep millennials happy at the workplace

PwC: The earlier the better to master minimum tax provisions

Pay As You Earn (PAYE) taxes paid by bank employees, according to the study, went up despite a reduction in the sector’s total number of employees, which was attributed to higher pay by senior bankers. Thirty-eight banks, which account for more than 95 per cent of the market share, participated in the survey.

“The number of employees employed by the study participants reduced from 29,053 people in 2017 to 28,352,” read the report, which evaluates the tax contribution of the sector.

“Despite the reduction in employee numbers, the amount of PAYE collected by participating banks grew from Sh18.7 billion in 2017 to Sh19.2 billion in 2018. This trend is due to the increase in wages paid to high cadre employees in the sector and the continued replacement of lower cadre jobs within banks as the sector increasingly adopts technology.”

The layoffs that took place between 2017 and 2018 have continued this year, with the overall headcount in the sector expected to fall further.

The Kenya Bankers Association (KBA) noted that as much as there had been layoffs in the industry, there were other jobs that were being created and available to junior banking staff, where they had retooled their skills.

“More jobs are being created, only that these new jobs are different from what was there in the yesteryears,” said Habil Olaka, KBA chief executive.

The report by PWC, examining taxes paid by banks, noted that the industry was the single largest sector contributor of taxes. Total tax contribution by the sector stood at Sh99 billion in the year ending December 2018.

Despite the high taxes that the industry pays, PWC noted that rarely were banks considered for incentives.

“For every Sh4 of corporation tax paid in Kenya, approximately Sh1 was paid by the banking sector. This translates to 26 per cent of the corporate taxes collected by KRA,” said Titus Mukora, a tax partner at PWC Kenya.

“Unlike other industries such as manufacturing that enjoy tax incentives, there are hardly any corporate tax incentives for banks,” he said.

Others have failed to stay alive, even after instituting painful measures, painting a bleak future for the country in the coming months

By Patrick Alushula | 41 minutes ago