Ruto: Public participation in projects no longer a luxury 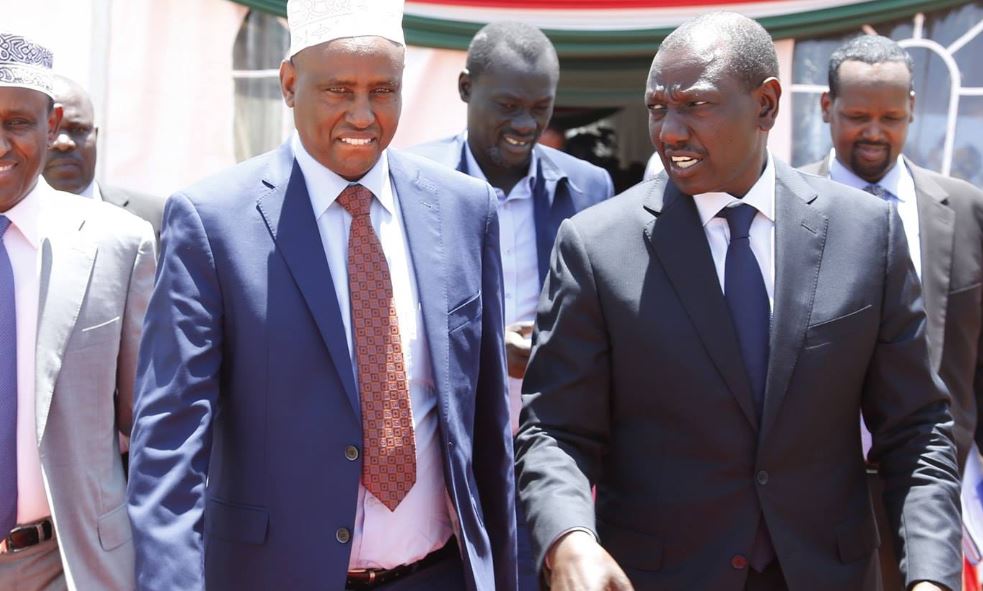 Ruto said projects under the North and North Eastern Development Initiative (NEDI) required input from the leaders and residents.

Addressing NEDI stakeholders and partners at his Karen office, Nairobi, on Tuesday, Ruto said public participation was no longer a luxury but a necessity as enshrined in the Constitution.

The Deputy President said the community engagement strategies must involve key stakeholders, including leaders and local residents, in the planning and implementation of infrastructure, water among other economic development projects in their communities.

“It is important to involve leaders and residents because they understand their priority areas. We know that a thoughtful approach to project planning and design, which includes input from all interested parties throughout the process, builds trust and leads to success, “said Ruto.

The Deputy President asked the Treasury to move with speed to ensure that the money that World Bank has allocated for projects under NEDI are used within the stipulated timeframe.

“The Treasury and those responsible for the implementation of these projects should move with speed to ensure the funds allocated by World Bank are used within the stipulated time,” said Dr Ruto.

He went on: “That’s why it’s important to identify the priority projects as soon as possible so as not to be the stumbling block to the release of such funds.”

Dr Ruto, at the same time, asked all leaders to attend meetings to be convened by the partners and stakeholders at the counties responsible next Monday, aimed at identifying the priority areas.

Ms Helene Carrison Rex, the programme leader for NEDI from the World Bank urged those responsible for the implementation of the projects to ensure the funds were released and used within the stipulated time period.

“I want to encourage you to intensify in coordination and synergy in the implementation of the projects,” said Ms Rex.

She urged all the stakeholders to involve elected leaders and residents in the identification of projects that have direct impact on their lives.

Though Kenya’s funding for environment, sanitation and hygiene services is still below the required mark, the KESSF provides a framework