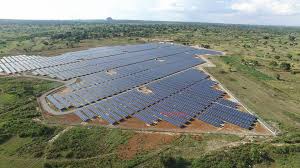 A firm affiliated to Kenyan businessman Humphrey Kariuki has commissioned a Sh2.5 billion ($25 million) solar power plant in Uganda. The UK registered Great Lakes Africa Energy (GLAE), in which Mr Kariuki owns a majority stake, was the lead financier and technical investor in the solar park that has capacity to generate 24 megawatts.

“The Kabulasoke project, which is already connected to the national grid, will serve a population of more than 5million in rural Uganda, who currently mostly rely on kerosene; among other non-renewable energy sources while affording more than 21,000 tons of carbon savings,” said Michael Kearns GLAE Director.

GLAE has a huge regional presence, and was in 2017 awarded a contract to put up a Sh40 billion ($400 million) gas fired plant by the Government of Mozambique. It also operates a 105MW power plant in Zambia’s copper belt town of Ndola. It is however yet to make substantial investments in Kenya, when in comparison to the region, with its only complete project being a 450 kilowatt solar system at the Hub Mall in Karen, which is however not connected to the grid.

During the commissioning of the solar power plant in Uganda, the company said it is scouting for opportunities to invest in solar and wind generating plants in other countries in the region including Kenya.

“GLAE is in the process of securing additional Power Purchase Agreements in Africa and beyond and is currently screening opportunities in Mozambique, Zimbabwe, Malawi, Kenya, Uganda and the Democratic Republic of Congo among other countries,” said Kearns.

The commissioning of the commercial scale solar plant in Uganda comes even as Kenya grapples with finalisation of the 54MW Garissa Solar Power Plant. The plant, which has been constructed by the Rural Electrification Authority, is the largest in the region in terms of installed capacity but is yet to start feeding the grid due to the yet to be completed six kilometre transmission line that connects the plant to the grid.