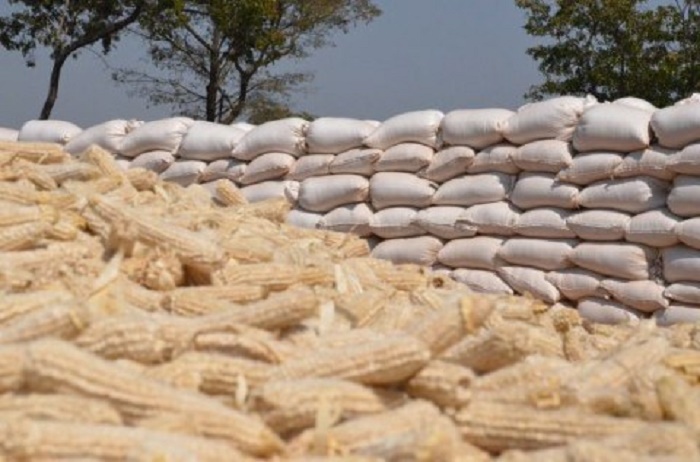 Maize, Kenya’s staple food, has threatened to split political leaders in the North Rift and is emerging as a central debate for the 2022 politics.

The controversy is driving a wedge between the political leadership in North Rift, with three MPs - Silas Tiren (Moiben), Alfred Keter (Nandi Hills) and Joshua Kuttuny (Cherangany) - dragging the deputy president’s name into the scandal that has seen maize worth billions of shillings delivered to the National Cereals and Produce Board (NCPB) under questionable circumstances.

DP William Ruto’s closest allies have dismissed the claims as baseless. The three MPs attended a farmers’ meeting in Eldoret at the weekend where Ruto’s name featured prominently.

Monday, Mr Kipkorir Menjo, a Kenya Farmers Association director, said the Government should ensure that there was a balance so that consumers and producers of food were not exploited.

Mr Menjo said there was nothing wrong with investigating any leader since they would be cleared if they were innocent.

“Even the President said he can be investigated. Nobody will pin you down if you know you are clean,” said Menjo.

He told the Government to “pull up its socks” and support farmers through improved budgetary allocation to agriculture and streamlining prices and the marketing system.

“It is Christmas season and unlike in the past when there is fanfare in town after farmers sell their produce, they currently lack the finances to shop for their families.”

He said farmers would seek an appointment with President Uhuru Kenyatta to deliberate on the issues affecting them and seek permanent solutions.

After calling for the resignation of Kiunjuri because of the crisis, the MPs have now trained their guns on Mr Ruto.

The Strategic Food Reserve Fund Board (SFRFB) wants to buy 2.4 million bags of maizeat Sh2,300 each. However, the MPs have contested this and demanded that farmers be paid between Sh3,200 and Sh3,600.

The three asked the Government to question the DP in connection with the maize crisis affecting the region.

Mr Keter, Mr Kuttuny and Mr Tiren claimed, without substantiating, that the DP, his office and his associates were linked to the importation of maize from Mexico and subsidised fertiliser, a claim that those close to the DP have strongly denied. The trio called for expeditious investigations.

“We want the Government to investigate the DP over the maize scandal. Before you tell us to move to avocado farming, tell us what has gone wrong with maize farming,” said Kuttuny.

“Stop telling us about the 2022 succession politics and stop threatening some us for speaking about farmers’ troubles. You (the DP) and your people are involved in cheap maizeimports and fake fertiliser and if we are wrong, then come out and say the truth,” Keter said.

Kuttuny claimed that cartels imported maizeeven after the importation window had been closed and stocked the maize in NCPB silos. He pointed out that when the silos were declared open, they were already full.

The leaders were speaking at the TAC centre in Eldoret town, where farmers protested about the Sh2,300 set by the Strategic Food Reserve Fund Board for a 90kg bag for this year’s harvest. Farmers and the MPs demanded a price of Sh3,600. They threatened to organise protests and march to State House Nairobi if their demands were not met.

The Senate ad hoc committee on the maizecrisis, co-chaired by Uasin Gishu Senator Margaret Kamar and Moses Wetang’ula (Bungoma), has yet to conclude its investigations and table its findings.

In September, maize farmers expressed their frustrations to senators at the Uasin Gishu county hall in Eldoret.

“We have heard our leaders talk of cartels in the Government and in the cereals sector. Who are these unnamed cartels?” asked Wilson Mutai.

The farmers have pointed an accusing finger at the Government over their frustrations due to delayed payment, poor distribution of inputs, high production costs and dwindling profits.

Most maize producers rely on the Government’s subsidised fertiliser, but farmers have complained that it is not accessible. They said the subsidised planting and top dressing fertilisers were not available when they needed them.

“We opt to purchase from traders at higher prices while some farmers apply lower rations, thus affecting yields,” said Christopher Kiptum, a farmer in Uasin Gishu.

The shortages have been attributed to cartels infiltrating the sector.

Farmers have had a difficult year due to delays in the payment of last year’s maize supplies to the NCPB for almost a year. Farmers are still owed over Sh2.1 billion and frequent unfulfilled promises by State officials to clear the debt have irked the producers.

Some farmers in Uasin Gishu Monday told The Standard that they were considering reducing maize acreage in the coming planting season since the sector was no longer predictable.

“Key officials and the National Assembly Agriculture Committee have toured the North Rift in the past and issued assurance of fast payment. Even the DP’s promise has not borne any fruit,” said Jackson Kwambai, a farmer from Moiben. Mr Kwambai said the delayed payment had prompted him to reduce his acreage this season due to the high cost of production.

“We have no alternative but to venture into horticulture. The Government might be forced to import food to replenish the Strategic Food Reserves after the current season,” said Kwambai, who also produces tomatoes on a large scale.