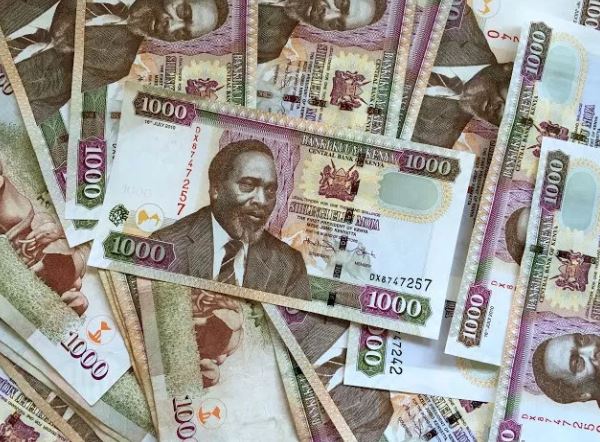 The advent of the dot-com era in the 90s brought about unprecedented trepidation in the global job market.

As the whole new era took hold, workers were left agonising that their jobs would vanish as machines literally took over most of the work, with liberal economies pushing for efficacy and efficiency.

And as the reality of the Internet revolution continues to sink in, Kenya’s financial sector is teetering on the brink of yet another Dystopian future.

Mobile phones have wiped away hundreds of jobs for bankers who just a few years ago had illustrious careers in the financial sector.

For every ten people in Kenya, six have smartphones. This has significantly contributed to the growth of Nairobi as Africa’s Silicon Savannah, with Upper Hill, which hosts most institutions, becoming the region’s financial centre. With a high mobile internet penetration, the smartphone is as good as a banking hall, a consultation room, a classroom, a market for fresh produce and second-hand cars from Japan, a travel agency, a watch, a newspaper, a real estate agent… the list goes on.

But it is in the banking sector that the mobile revolution is leaving visibly lasting effects.

Mobile banking last year grew by 18 per cent compared with just nine per cent in 2016 allowing businesses to realign their channels through the phone. This trend fits like a glove into the surging numbers of restless millennials who shun long queues in banking halls, instead preferring banks to literally come to them.

In the first six months of this year, for every one transaction that was done through all kinds of cards - debit, credit, Point of Sale machines, prepaid cards, ATM cards and charge cards - there were 45 done via mobile phones.

And the amount of money being transacted via mobile phones are also growing bigger and bigger as most businesses buy into the gospel of mobile or internet banking.

In the first six months of this year, for instance, about Sh1.9 trillion was transacted via mobile phones.

This was Sh100 billion more than the amount transacted in the same period last year.

The new development marked a major milestone in a rejuvenated bank that has in recent years broken ranks with the rigid ways of doing business proffered by Barclay Plc in London as it sought a more African dynamism through the Amalgamated Banks of South Africa (Absa) brand.

With its renewed vigour, the bank sees potential to grow customers through its mobile platform which increased customer recruitment by two million in the first four months alone rather than hire salespeople to woo clients or set up branches to increase visibility.

This has, in turn, seen the lender cut costs significantly, having made savings of Sh566 million in the first six months of the year arising from staff, leased cleaners, security officers and paper usage.

“Costs went up from Sh8.4 billion to Sh8.6 billion, but this was the cost of branch optimisation, investment in technology alternative channels, including agencies. The actual cost was down four per cent,” said Barclays Bank Kenya Chief Finance Officer Yusuf Omari.

Equity Bank boss Dr James Mwangi perhaps best captured the dire situation facing the banking sector’s job market, recently telling his head of branches that he would soon be out of work if he does not find a different model to the brick and mortar one.

He said by the end of this year, loans processed through the banks are projected to increase to 98 per cent as they move business loans to their mobile platform.

“By end of next half-year, there will be no loans processed through the branch as corporate borrowers are moved to internet banking. We are going to witness the death of a branch as we know it,” said Mr Mwangi during the lender’s recent investor briefing.

Equity is not alone. Kenyan Commercial Bank (KCB) now has up to 87 per cent of transactions happening outside banking halls. The lender says it also wants to push the envelope to capitalise on mobile phones to boost loan processing, savings and payment solutions.

“The digital transactions, which are largely mobile and agency transactions, have grown this year by eight to 10 per cent. We are today investing in a new payment platform which will come in this quarter by the end of September,” said KCB Managing Director Joshua Oigara during the release of their financials last week.

“My view is nearly 85 per cent or 87 per cent of our transactions are on mobile. We see a huge opportunity either on lending or on mobile payments and even savings on the same platforms and I do not think that it is new. It is about being able to catch up and improve the customer experience,” Mr Oigara said.

For Barclays, about 68 per cent of transactions are no longer in branches, up from 65 per cent since they rolled out mobile money.

Standard Investment Bank said despite Barclays clinging to interest incomes at a time when margins are shrinking, they are of the opinion that the separation from Barclays Plc unties the lender to be more reactive to the local environment with regards to digital innovation which might unlock some much-needed revenues.

Co-operative Bank has, on the other hand, moved 87 per cent of all customer transactions to alternative delivery channels, including self-service kiosks in 155 branches, an expanded 24-hour contact centre, mobile banking, 580 ATMs, internet and over 10,000 Co-op Kwa Jirani banking agents.

“Key focus is on digital banking, with the all-telco Mco-op Cash Mobile Wallet continuing to play a pivotal role in the growth of non-funded income. It has over 3.8 million registered customers,” said Co-op Bank chief Gideon Muriuki.

Family Bank has for its part been forced to revamp features on its mobile banking application Pesa Pap, joining the ranks of several banks which are now extending loans outside the circle of their customers as well as offer funds transfer to accounts and mobile money wallets, bill payments, airtime purchase, scheduled payments and PesaLink. Family Bank’s boss David Thuku said with 65 per cent of the bank transactions now via its digital platform, up from 46 per cent in January 2016, they are now shifting their focus to investing more in technology and aggressively driving efficiencies through IT.

Central Bank of Kenya, the financial regulator, in its 2017 Banking Supervision Report noted a trend where financial institutions were leveraging existing ICT systems to improve productivity and navigate the turbulence in the year.

According to CBK, institutions operated in an environment where, for the first time, they were denied by law the liberty to charge interest rate as they pleased.

The capping of interest rates saw most banks shun customers that they considered high-risk as they could not price them expensively. As a result, they were forced to turn to technology to navigate the rate cap headwinds.

The regulator noted that banks were also reviewing their business and digitising some processes that were traditionally manual such as personal loan application and disbursements and Know Your Customer (KYC) documentation. “These digital innovations have enabled banks to reach out to more customers and offer them services more efficiently.”

With improved technology, bank employees were freed to handle more people with one employee serving, on average, 1,544 customers in the last year compared to 1,222 in 2016.

But this came at a cost. The number of employees in the banks’ subsidiaries declined slightly from 6,223 in 2016 to a total of 6,106 employees as banks reviewed their business models, automated processes and shifted from brick and mortar to alternative digital channels. Among the 13 microfinance banks, for example, CBK noted a decline in the total staff. There were 4,328 as of December 31, 2017 compared with 4,423 in 2016.

“The decline in the number of employees in the sector was attributed to the deployment of innovative technology-enabled delivery channels and products such as mobile, internet and agency banking aimed at improving efficiency.”

And in the wake of the rise in technology use, more jobs are on the line, with HF (Housing Finance) Group setting a target of 36 workers this year while creating only one post to usurp their roles.

In the new set-up, the chief digital officer will be responsible for the achievement of revenue growth and customer acquisition targets through effective brand management, communication, and trade marketing interventions under the aegis of digital financial services.

The firm shed 76 workers in 2016, leaving a workforce of 403 workers. The firm explained that the layoffs were necessary it needed to make its operations digital.

According to Cytonn Investments, over the last one year, 39 bank branches have been closed, more than 1,620 bank employees lost jobs last year in the financial institutions’ effort to contain costs while taking advantage of disruptions by the interest rate cap.

Banks, however, know that despite the surge in mobile lending, some customers, especially in more remote places, need to see their brands and logos and transact in cash.

This is where agency banking has come in handy, helping banks grow agents who, according to CBK, transacted Sh734 billion in 2016, up from Sh442 billion in 2015.

However, the extent of the liberal capitalism in whittling worker benefits has never been clearer as unions grow weaker, allowing for exploitation in this model. Banks are basically outsourcing their main jobs to agents who are neither hosted by the lender, paid any salary or given security to handle huge amounts of cash even in crime-ridden areas.

Tourism Recovery: Sector banks on domestic tourism in a bid to recover the hard-hit sector

Investors bought into the hype of Kenya’s expanding middle class, pumping billions into the sector