Why you will pay more for fare starting Saturday this week 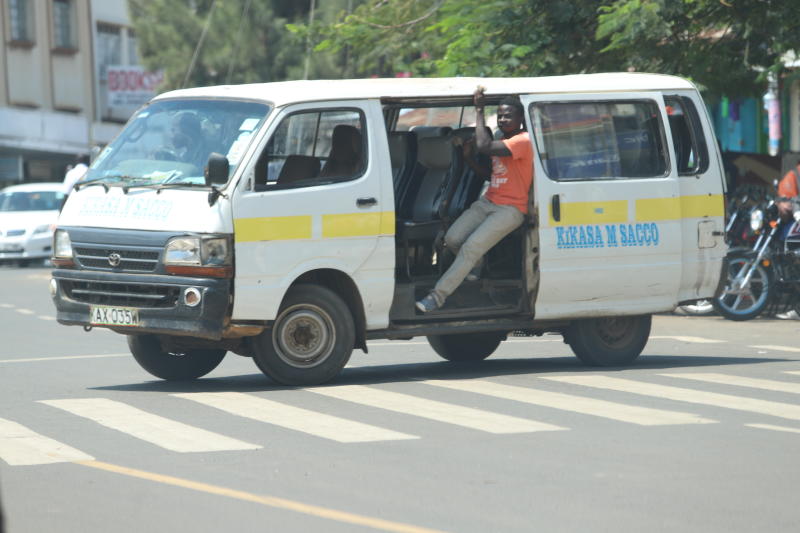 Matatu Owners Association (MOA) chairman Simon Kimutai yesterday said the fares would go up by between Sh10 and Sh30 once the 16 per cent tax increase on petroleum products takes effect on September 1.

Mr Kimutai said Nairobi passengers would pay at least Sh30, with the maximum depending on distance covered. This, he said, should, however, not exceed an increase of Sh30.

“Taxation of fuel greatly affects operators of public service vehicles and the cost has to be passed down to the passengers. We have to meet operational and maintenance costs,” he said.

Kimutai said the decision was arrived at after consultations with members of various Saccos.

“The fares have been adjusted due to the high cost of living. We are aware it will be painful to commuters, but the taxation is also hurting us, as it translates to extra costs,” said Kimutai.

He called on long distance public service vehicles to consultant to ensure their new fares, will be announced later, are reasonable.

In June, while presenting the 2018/2019 Budget in Parliament, Treasury Cabinet Secretary Henry Rotich announced that all petroleum products would start attracting a 16 per cent VAT beginning September 1.

This means Kenyans would have to pay an extra Sh17 on every litre of petroleum product.

Treasury Principal Secretary Kamau Thugge said the move was in line with Kenya’s promise to the International Monetary Fund two years ago.

Implementation of the levy will push the price of petrol to Sh130 per litre in Nairobi. Owners of vehicles using diesel will pay an extra Sh16.5 per litre, from Sh103.27.

He revealed that the association lost Sh1 billion yearly due to extortion by rogue police officers.