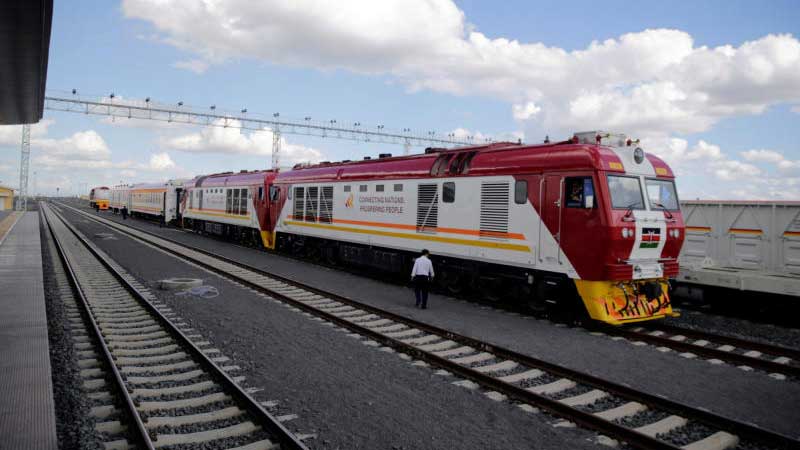 Residents along the Standard Gauge Railway line have blocked construction in a compensation standoff that might delay the project.

Works have been suspended in several locations around Nairobi’s satellite towns of Ngong and Ongata Rongai in the feud that has lasted for several weeks.

It adds a fresh hurdle for the Sh150 billion-worth project that has previously been bitterly fought by conservationists who were opposed to the line running through the Nairobi National Park.

President Uhuru Kenyatta had his way in the objections raised by several lobby groups but with a compromise on elevating the line to minimize disruptions to the wildlife.

He had promised to have the payments completed by last month following sustained outcries by the affected landowners, some already pushed out as the works started.

Initial projections had it that the two major stations would be nearing completion by December but is likely to be pushed forward in the continuing stalemate.

Bramwel Shirabukha who operates a quarry near the proposed Ngong Station site, said he and fellow residents were anxious about the compensation which has been “coming since 2016” – prompting the stalling of construction.

“We have agreed to see to it that the payments are made before any works continue,” he said, echoing the sentiments of hundreds more.

Among the fears shared by owners of the targeted property is that the State might go back on its word about the compensation whose values have already been determined by government officials.

Construction of the stations and bridges was the priority for China Communications Constructions Company, the contractor, besides the 4.5 kilometer underground tunnel that was started in late 2016.

Work on the tunnel has however been smooth as it does directly displace households, as is the case with the above ground railway line.

But the government has dispelled fears about a sustained standoff citing that the project was well on course apart from the “little misunderstandings”.

Prof Paul Maringa, the Principal Secretary in charge of Transport, yesterday said that the compensation would start within the week but did not disclose the amount.

“It has been a communication problem with the local community but we are ready to start making payment for compensations,” he said.

The compensation would be in tens of billions considering the stretch near Nairobi is highly developed with residential estates.

Mr Maringa added that the payments are phased in three lots which would all be settled within the month to avert any possible disruptions.

“I am certain that the problem should be solved once we finish compensations,” said the PS in an interview.

All that is left, Maringa said, was cross-checking the report of the National Lands Commission – the agency that helps the State in making compulsory acquisitions.

The payments would make new millionaires considering that the project has significantly raise property valuations along its path.

Previously, NLC said dishonest property owners were in a rush to develop structures on land targeted for acquisition for the line to up the value.

NLC chairman Muhammad Swazuri warned that he would “deal” with the unscrupulous landowners but did not give indications of how.