Kenya is set to get back Sh380 million stashed in the accounts of a former Cabinet minister and a former Kenya Power managing director.

Ethics and Anti-Corruption Commission Chief Executive Halakhe Waqo yesterday said the money confiscated from Chris Okemo and Samuel Gichuru would be brought back this year after lengthy negotiations since 2016.

“The Windward Trading Limited cash will come in this year. They had committed to bring the money last year but it will now come,” he said.

Mr Waqo said was speaking after receiving a framework for tracking and repatriating corruption assets between Kenya and Switzerland from Swiss Assistant State Secretary for Africa, Anne Lugon.

Waqo said Kenya would get the money only after the Anglo Leasing cases, which have taken almost a decade in courts, were completed.

“When I first made a request on Anglo Leasing in 2008, Switzerland, I remember, promptly acted and provided critical evidence,” said outgoing Attorney General Githu Muigai.

Kenya has been criticised for dragging its feet even as other jurisdictions conclude their prosecutions, delaying the repatriation of stolen cash.

While the UK Serious Fraud Office (SFO) successfully prosecuted its citizens for corrupt procurement at the Independent Electoral and Boundaries Commission, Kenya has yet to conclude its investigations and prosecute any of the officials implicated in the scandal.

Security printing firm Smith & Ouzman and its directors were convicted in the UK for having bribed Kenyan election and examination officials to obtain contracts for printing.

UK used the money to buy seven ambulances with the recovered cash, which were brought to Kenya last year.

Muigai said the country was pursuing several leads where money stolen from the exchequer, but declined to give details of specific investigations.

“A lot of money is in Swiss accounts, in which we have a lot of judicial interest and investigations in Kenya. We are glad that this framework is in place so that the money can be safely returned to Kenya,” he said.

Vitafoam has diversified into the non-woven bags market in the wake of the ban on plastics. 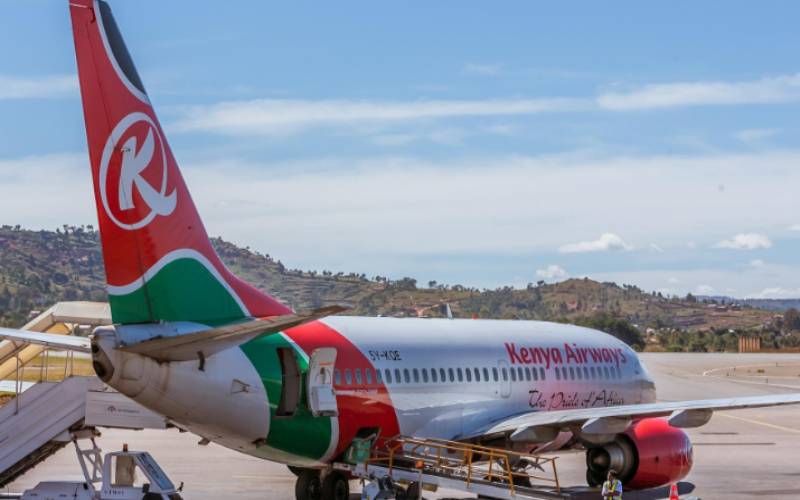