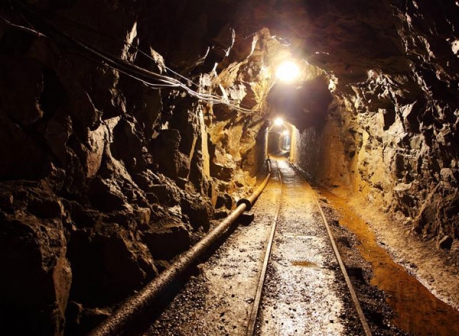 UK gold processor Goldplat has commissioned a new plant in the Kilimapesa mines in Narok County that could raise its annual production to nearly 200 kilos.

At the prevailing market prices, the targeted production is estimated at Sh900 million – the highest in the country’s recorded mining history.

Gold is currently selling at Sh132,000 an ounce, while the firm projects to raise annual production to 6,800 ounces.

Goldplat announced on Tuesday that the new plant, which was previously used in the Ghana operations, would triple the output of the precious metal in the Lolgorien mines.

Sector challenges push miners to the edge amid exit threats

Enhanced gold production could mean profitability for the operation that has been loss-making, rekindling interest in a recent inquiry by the Kenya Revenue Authority on its accounting procedures.

“I am very pleased with the board’s decision to proceed with an expansion plan at our Kilimapesa gold mine, which represents an investment of the order of Sh200 million ($2 million),” said Goldplat CEO Gerard Kisbey-Green.

He added that the earlier plant will continue running normally, while the newer processing facility would help raise daily crushing capacity three-fold to 200 tonnes at full capacity.

“Although it is modest in terms of production, we believe it will result in the commencement of sustainable profitability at Kilimapesa. Having achieved a production rate of 60 tonnes per day, following the successful implementation of stage one, I believe we have already proven that we made the right decision.”

The first stage of installation consisted commissioning of the plant that is now complete.

A new mine under the Kilimapesa Hill was commissioned last year, where the new plant has been installed while ore has to be transported about five kilometres away – in an area that is largely exhausted of gold reserves.

Goldplat is betting on the reduced distance from mine to the plant to cut operating costs and to return Kilimapesa to profitability.

Goldplat came under scrutiny by the KRA over tax compliance, relating to accounting and importation of machinery.

The firm said KRA had queried the taxes paid to the Government by its operation in the country for the 2015/16 financial year.

In a disclosure to its shareholders, the firm, which runs Kilimapesa gold mine on the Migori Archean belt, said it may have to pay more taxes when the KRA investigation is concluded.

“The Kenyan Revenue Authority has conducted a preliminary inquiry on the tax affairs of Kilimapesa Gold (Pty) Limited which may result in additional tax liabilities. The directors remain confident of a favourable outcome,” said Mr Kisbey-Green in the company’s annual report for the year to June 30, 2016.

Goldplat has had a challenging run in Kenya since it acquired a gold mining licence in 2011, reporting losses in its operations.

In 2013, the firm was frustrated by progress in the country and suspended operations at the Kilimapesa Gold Mine.

Last year was no exemption and the company reported a Sh91.7 million loss, which was, however, an improvement on the Sh97.1 million reported in 2015.

Kenya is the poorest performing of its subsidiaries, with Ghana, Burkina Faso and South Africa reporting profits during the period under review.

Germany warms up to Kenya in Sh3 billion plan

Germany wants to tap into Kenya’s workforce as it sets sights on growing its private sector presence in Africa.