Investigator and family are wondering what could have happened to Gicheru that led him to form and ultimately die on his bed.

The investigators are trying to answer several questions that could lead them to unravel the death of Gicheru who was a suspect at the ICC for alleged witness bribery and intimidation.

1. What killed him, was he poisoned?

2. Who was he in contact with before he died?

3. What does the CCTV footage reveal about his last day?

4. Had he expressed fears for his life in the last few weeks?

5. Was ICC still monitoring his movements/residence?

6. As an ICC suspect, was there any security surveillance attached to him?

7. What was the status of judgment preparation for his case?

8. Was he still reporting on a weekly basis to ICC registrar

9. What happens to his case?

The lawyer did not leave his house in Northwood Villas, Karen, the entire day. Gicheru was pronounced dead at his home in the presence of his wife and his son.

His father-in-law who was visiting from Nakuru and two workers - a house help and a driver - were also home, according to preliminary investigations.

A report from officers at Langata Police Station into the lawyer’s death said Gicheru was found lying unconscious on his bed by his son at around 6.30pm.

Police said Gicheru’s son, Allan Njoroge, who is studying in the UK was visiting and the family held a party for him.

On the fateful day, Allan went upstairs to check on his father and found him lying unconscious on the bed with foam coming out of his mouth.

Nyambura told the police that on rushing upstairs, she found her husband lying unconscious.

She called a neighbour who in turn called in doctors from Karen Hospital.

The medics rushed to Gicheru’s home along Miotoni Close in an ambulance.

“After examination, doctors pronounced him dead at the house,” the report stated.

The doctors left in the ambulance with Gicheru’s son who is said to have collapsed. He is said to be in stable condition.

Gicheru’s body was moved to the Lee Funeral Home.

Yesterday, the Langata DCI investigators were joined by officers from the DCI homicide unit who will be supporting the investigations.

These samples will be subjected to forensic investigations to establish if there was foul play.

“We are doing everything possible to establish the cause of death. It’s only after the postmorterm examination that we can tell what may have transpired,” he said.

The family, through lawyer John Khaminwa, dismissed claims on social media that Gicheru could have been poisoned.

Khaminwa, who spoke to journalists Tuesday after visiting the family said: “He was in a stressful condition and was not himself. What I am reading on social media that he was poisoned is not true. The son who is in hospital was shaken after seeing his father dying,” said the lawyer.

Khaminwa said no food was brought from outside and that all family members enjoyed homemade meals.

Gicheru, on November 2, 2020 surrendered to the Netherlands-based International Criminal Court (ICC). He was charged with allegedly compromising witnesses that were to testify against President William Ruto and journalist Joshua arap Sang.

The case against Sang and Ruto was dismissed in 2016.

He faced a 30-year jail term in the event that ICC judges found him guilty.

ICC Pre-Trial Chamber A on July 15, last year confirmed the charges and committed him to trial. 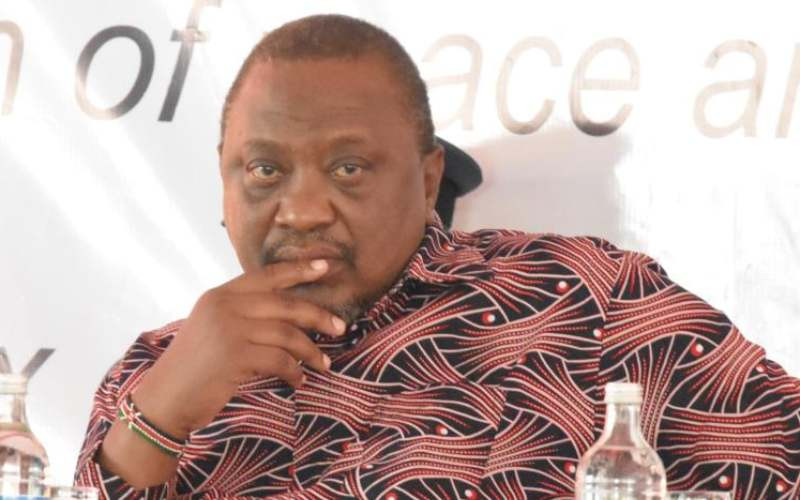 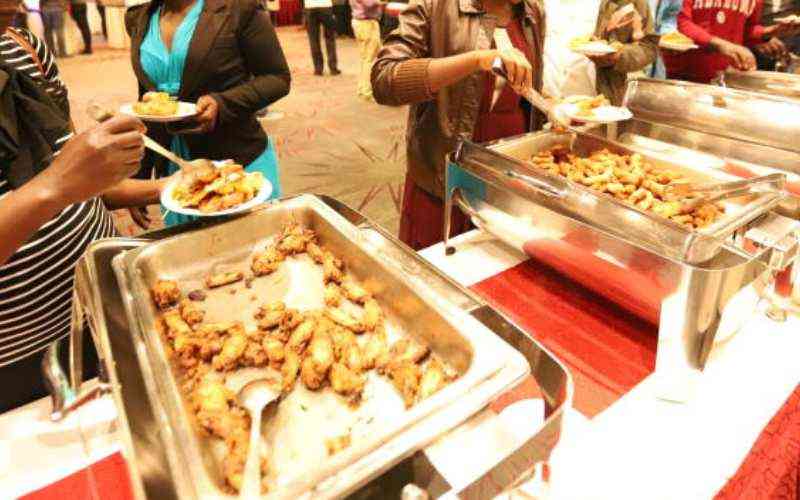