How Mogotio ‘killer’ went undetected despite working in several farms

Moses Kipchirchir Ruto hit the headlines on November 23 after admitting to killing a local businesswoman in Mogotio, Baringo County.

The suspect allegedly killed Veronicah Kanini and buried her in a grave along the Molo River.

After his arrest, Kipchirchir revealed to the police that he had killed at least four people in incidents dating back to 2012, revelations that painted him as a serial killer.

Kipchirhir, 34, admitted having killed an unidentified male adult whom he buried in Kiptunga Forest, Molo, in 2012. Police collected soil samples from the scene on December 29.

He also admitted to killing his wife Purity Chebet, 24, and their son in September 2021 and buried their remains which were recovered in separate graves along Molo River on December 27.

Baringo County Criminal Investigations Officer Joseph Mumira said they were still probing the possibility of Kipchirchir being involved in other crimes.

While the suspect’s personal and family details remain scanty, The Saturday Standard has made efforts to trace his movements, some of which the police have termed as premature to disclose.

“For now, we cannot give personal details of the suspect. We still need to get more information to build the case,” said Mumira.

The Saturday Standard also established that since his arrest in November, no family member is yet to visit him at the police cells.

He is said to have been living in a rental house on the outskirts of Mogotio town with little known about his kin.

Mogotio DCIO Luka Tumbo said, before moving to Mogotio, the suspect had lived around Molo until 2012. He was engaged in different economic activities.

“He came to Marioshoni in Molo where he worked with potato traders. The job did not meet his expectations. He switched to charcoal burning in Kiptunga Forest in 2012, and that is when he killed the unidentified male adult,” said Tumbo.

Sources privy to the investigations have intimated that the suspect immediately fled to a county in the North Rift region before returning to Mogotio, where he had been working on the local farms.

Samwel Waweru Kariuki was among Kipchirchir’s employers on tomato farms in Mogotio.

“I knew him when he was working on a neighbouring farm since 2020. When the farm owner stopped growing capsicum, I employed him on my tomato farm,” said Kariuki.

“I engaged him as a casual labourer between February and May this year. He was a great performer, and no one would suspect that he would engage in such criminal activities,” added Kariuki.

He said Kipchirchir had another wife with whom he parted ways and later married another woman, who has since been identified as Chebet, also a victim of his killings.

“He used to come with his wife on the farm. After months of working together, he came with another young woman whom he jokingly introduced to me as his new wife.”

According to Kariuki, Kipchirchir last showed up on his farm in August 2021, on a day when he later unexpectedly vanished as he was expected to irrigate crops.

“Days later, I spotted him walking past my house with Kanini, whom he allegedly killed months later. On that day, he had three mature hens and he jokingly told me that they would make his wife stop asking him for money to buy soap and eggs,” said Kariuki.

The Standard established that the suspect then started scouting for clients in need of seat covers and other items, which he sourced from Mogotio market.

It is at the market that Kipchirchir met Kanini, who used to sell similar wares. Their relationship became strong that she started delivering orders to the villages.

“Kipchirchir would get orders from the villagers, and Kanini would deliver the items to the clients and pay him a commission for the sales,” said a resident who sought anonymity.

On the fateful day when he killed Kanini, it is said that the two may have disagreed over the non-payment of his commission which he demanded from her minutes before she met her death.

Previous article
Premium
Persons that will shape the economy in 2022 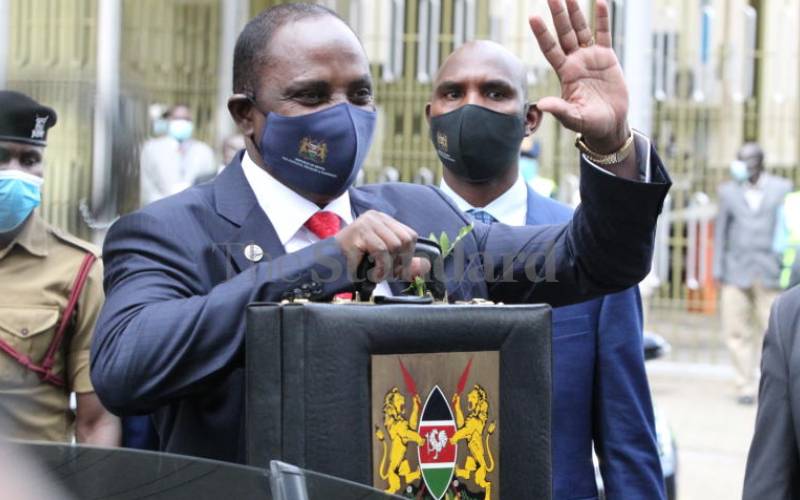 By Josphat Thiong’o Dec. 03, 2022
National
51 PSs sworn in as President tells them to serve diligently
.