Man arrested with Sh9m cocaine moments after arriving from Uganda 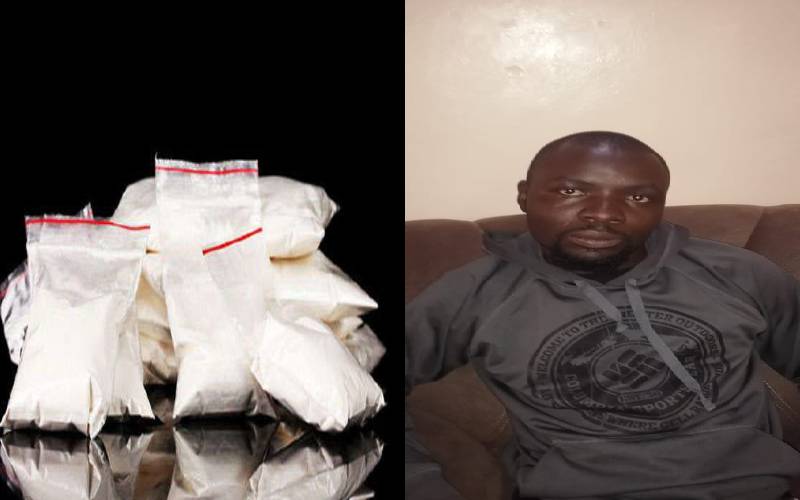 A man has been arrested in Nairobi’s Roysambu area with 2.5 kilogrammes of cocaine valued at Sh9 million.

The man identified as Alex Opondo (pictured) had arrived from Uganda with the white powder wrapped in a packet of soya beans when he was nabbed.

The suspect told police the narcotics were meant for the local consumption.

Opondo is in police custody ahead of his arraignment tomorrow.

Anti-narcotics detectives who had been tipped off pounced on the suspect befackage the cocain.

This is the latest such arrest in a series of cases that have been happening in the past months. Drug abuses has in the recent past urged in major slums.

Anti-drugs campaigners contend the narcotics have ruined many people’s lives in the city.

Cases of drug trafficking have been on the rise in the country even as most traffickers avoid the mainly used routes in their business.

Police say they now use roads as opposed to airports to carry out their business. The most commonly trafficked narcotics from Tanzania through Uganda is heroin. Cocaine is also trafficked from the two countries.

Kenya made the second biggest seizure in July 2016 and arrested two suspects who were linked to the 100 kilogrammes of cocaine valued at Sh598 million disguised as sugar.