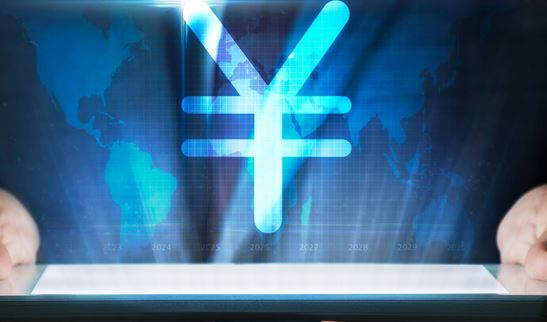 China on Sunday concluded its largest pilot project to date for a central bank-backed digital yuan, with analysts saying the trial extended its lead in the global race to develop a central bank digital currency (CBDC).

Under the trial programme, the central bank distributed “red envelopes” - a reference to China’s traditional way of gifting cash - in the form of online wallets containing 200 digital yuan ($29.75) each to 50,000 randomly selected consumers.

Below are details of how China is working to develop its digital currency:

WHAT’S HAPPENED IN CHINA SO FAR ON ROLLING OUT DIGITAL YUAN?

China’s digital yuan is probably the most advanced of the several CBDC initiatives that are being developed around the world.

Central banks, including the People’s Bank of China (PBOC), are concerned about cryptocurrencies like bitcoin or private projects like Facebook’s Libra gaining widespread traction, restricting central bank control of flows of funds.

The PBOC been working on its digital yuan programme since 2014, though it released few details until last year. Some crucial aspects like an estimated launch timeline remain undisclosed.

A series of pilot programmes, most notably in Shenzhen in October 2020 have shown that the digital yuan, can work on the ground when paying for goods.

Lifestyle apps including ride hailer Didi Chuxing and food delivery company Meituan Dianping have also been involved in the trials.

HOW DOES IT WORK?

From a user perspective, it is rather like China’s existing commercial digital payment methods, like Alipay and We Chat Pay: users download digital wallets in which they can store their funds, and which generate a QR code that can be scanned by payment terminals in shops.

The system is more complicated than that, however. The digital yuan is designed to replace cash in circulation, such as coins and bank notes, not money deposited long-term in bank accounts.

Commercial banks will have a role in distributing the digital currency to users, and to do so they must deposit exactly the same amount of their reserves with the PBOC as the digital yuan they distribute.

Both commercial bank distributors and the central bank will keep databases tracking the flows of digital yuan from user to user, something that they cannot do as effectively with coins or banknotes.

Unlike cryptocurrencies like bitcoin, the digital yuan will not use blockchain, distributed ledger technology which allows transactions to be validated without the need for banks.

WHAT EFFECT WILL IT HAVE?

Widespread use of the digital yuan would give Chinese policy makers greater visibility into how money flows around China’s economy.

This would help them track any illicit flows of funds, such as money laundering or terrorist financing, and it would also allow them to experiment by targeting monetary policy interventions on specific economic classes, regions or other groups.

In extreme economic circumstances, it would also allow them to have negative interest rates for cash.

China has a long-standing aim of internationalising its currency, and in time, the digital yuan may help with this initiative, making it easier to encourage users in other countries to use the yuan.