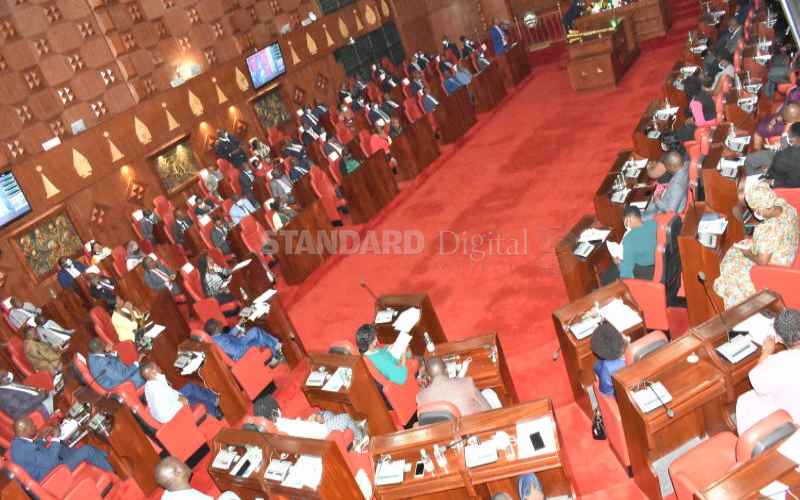 City Hall has allocated Sh246 million to Nairobi County Assembly for a car grant to MCAs.

The funds have been factored in the Nairobi County Government supplementary budget for the Financial Year ending June 21 tabled in the assembly last week.

“Following approval of the car grant scheme for members of the assembly, the budget has been rationalised to include Sh246 million to be paid in accordance with the guidelines issued by SRC,” said Finance CEC Allan Igambi.

The budget was committed to the assembly’s Finance Budget and Appropriations Committee for review. If approved, the 123 MCAs will each receive approximately Sh2 million.

The allocation follows a pledge by President Uhuru Kenyatta during a meeting in January with MCAs at the Sagana State lodge, where he promised to fast-track the car grant to benefit all the 2,100 MCAs.

Weeks later, the Salaries and Remunerations Commission (SRC) approved the Sh4.5 billion car grant for MCAs and their speakers, paving way for its implementation.

SRC Chairperson Lynn Mengich (pictured) said the commission had reviewed and directed the conversion of the Sh4.5 billion Car Loan Benefit to a Transport Facilitation Benefit in form of a grant for MCAs.

“Taking into account the principle of equity and fairness, affordability and fiscal sustainability, SRC hereby reviews the car loan benefit as set earlier to a transport facilitation benefit in the form of a grant,” she said.

In a letter to SRC CEO Ann Gitau, Controller of Budget Margaret Nyakango has cautioned that most counties budgeted for a car loan facility and not a grant.

“In others, the car loan facility is being implemented through a legislation enacted to create a revolving fund. These legislations do not provide for issuance of car grant,” said Nyakango.

The letter was copied to the Council of Governors and County Assemblies Forum.

At the same, City Hall has increased allocation for staff salaries and benefits by Sh747.4 million for the financial year ending June 30.