Tough times for motorists as insurers up premiums

Motorists will be hit hard as insurers substantially increase the cost of insuring both commercial and privately owned vehicles.

Those with vehicles valued at less than Sh1 million will be the hardest hit after insurance companies announced a minimum premium of Sh45,000.

Further, most insurance companies have indicated that they will no longer offer comprehensive cover for cars aged more than 12 years.

In what appears to be an industry-wide trend, different insurance firms have sent out a communication to their customers and business partners, notifying them of the higher rates beginning January 1.

The insurers expect higher costs to help them mitigate losses in their motor insurance segments that have for years been bleeding.

The move is set to add more pain to Kenyans, who have had to dig deeper into their pockets to pay for higher prices for different products and services.

In the notices, the insurers have set a minimum premium that vehicle owners will have to pay to get insurance for their vehicles.

One of the insurers has put Sh45,000 as the minimum premium for vehicles valued under Sh1 million as opposed to the current scenario where the premium is calculated as a percentage of the value of the vehicle.

This will mean that many motorists will see a steep rise in the amount of money they pay annually.

Different companies have taken different approaches but all point to a significant rise in insurance costs beginning tomorrow.

“If the value of your car is around Sh500,000, you may have been paying around Sh18,000 at a rate of 3.5 per cent but under the new pricing regime by many of the insurance companies, you will have to pay a minimum of Sh45,000, a substantial increase,” explained an industry source.

“Motorists with high-end vehicles will not be greatly affected. It is the people with cars valued at below Sh1 million who will be affected significantly.”

In a notice to its agents and customers notifying them of the new rates, APA Insurance said it had to revise some of its charges following an increase in losses for its motor insurance business.

The insurer noted that the trend points to an unsustainable business and hence the reason it has had to make “a painful but necessary decision”.

Commercial vehicles including cabs and trucks appear to be the most affected according to the notice by APA Insurance.

“Over the years, the insurance industry at large and we, in particular, have witnessed a consistent increase in the motor insurance business in terms of premium growth but a sharp deterioration in terms of underwriting losses. The motor is the only class where premium rates have been steadily going down whilst claims continue to soar with loss ratios continuously topping over 100 per cent. This state of affairs is in the long-term unsustainable,” said the company in the December 24, 2021 notice.

“To this end, APA Insurance has taken some corrective action by adjusting the rates upwards.”

APA Insurance added that it would no longer take on new customers whose commercial vehicles are older than 12 years while setting the minimum value for vehicles it will offer comprehensive insurance going forward at Sh600,000.

The firm said commercial vehicles with a sum insured value of under Sh600,000 would only be offered to the third party only (TPO) insurance.

Metropolitan Cannon Insurance also set the minimum premium at Sh40,000 as among the changes in the pricing of its motor insurance products. In its December 1, 2021 notice to partners and customers, the firm noted that the new rates “apply to both new and renewal business” and that “renewable premium per vehicle will be subject to the minimum basic of Sh40,000.”

The motor insurance business has been suffering losses for years, attributed to fraud and players undercutting each other in an attempt to grow business.

Past estimates indicate that 30 per cent of all motor insurance claims are fraudulent.

The move to hike rates is likely to attract the attention of the Competition Authority of Kenya, which had earlier moved to court to stop the Insurance Regulatory Authority from setting a price floor at 7.5 per cent.

This, the watchdog interpreted to amount to price-fixing, which is anti-competitive behaviour.

Next article
Economy could be disrupted by political violence, warns IMF 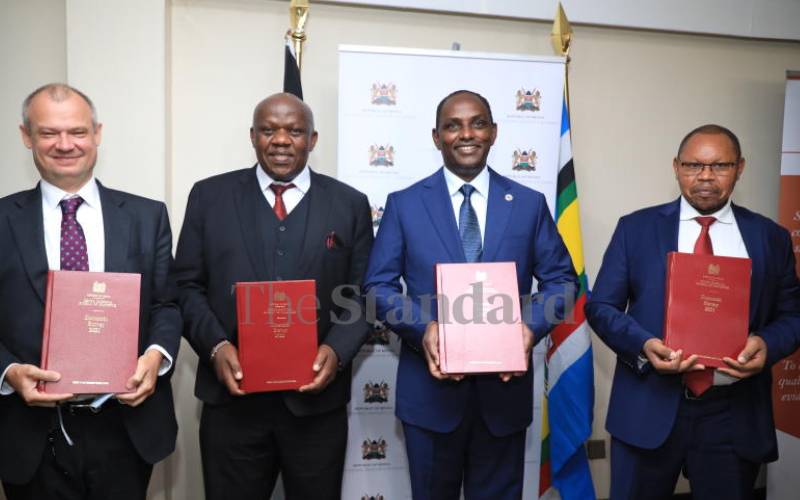