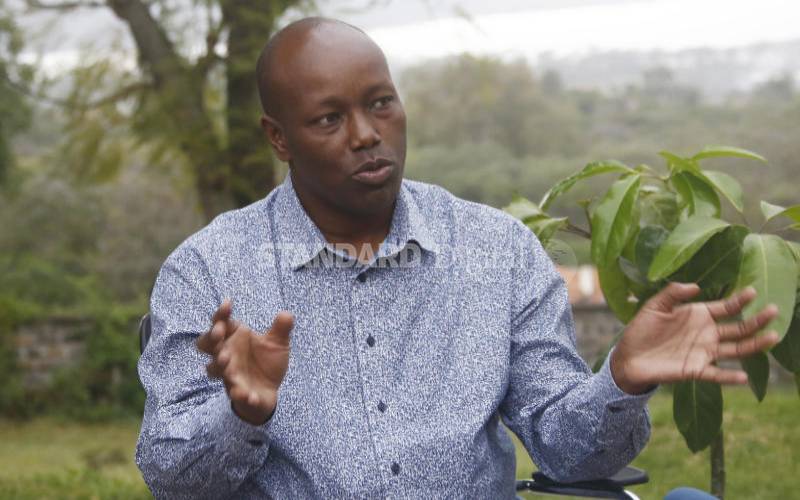 Nakuru town should be conferred city status because it is the second-highest contributor to the value of goods produced in the country, according to Governor Lee Kinyanjui (pictured).

The Nakuru County boss said the town was also a trade hub linking the country's major urban centres and other parts of the country, especially agricultural ones.

He said according to the Kenya National Bureau of Statistics (KNBS) Gross Country Product 2019, Nakuru is the second-highest contributor to the country's GDP at an average of 6.1 per cent, after Nairobi at 21.7 per cent.

"The municipality also has an approved Integrated Strategic Urban Development Plan (2014-2034) that is currently in force. The county has also put in place measures to optimally collect more revenue," Kinyanjui said.

He added that according to the 2019 census, Nakuru Municipality had a population of 367,183 which surpasses the required population threshold of 250,000.

Kinyanjui was making a presentation before the Senate Committee on Devolution and Intergovernmental Relations in Mombasa on why Nakuru should be gazetted as a city. He said the infrastructure being laid out by his government would spur trade and improve service delivery.

He added that Nakuru has also emerged as a tourism hub, with various leading hotels putting up modern conference centres there.

Kinyanjui said his government has already budgeted for Sh100 million that will be spent on installing traffic lights within the central business district, among other infrastructure upgrades.

"The county has initiated operational designs for the construction of a modern bus park and a central public transport terminal," he said.

He noted that the Kenya National Highway Authority (KeNHA) was finalising designs for an elevated bypass to ease traffic congestion.

"The old railway line and station is earmarked for rehabilitation by the national government. The railway station is to be interlinked with the proposed county bus terminus. The county has acquired land from Kenya Railways for the development of public transport termini where works commenced in December last year," Kinyanjui said.

The governor added that the county currently targets to upgrade Nakuru Provincial and General Hospital to Level 6 in line with its plan to attain universal healthcare for all.

“An oxygen manufacturing plant is fully operational at Nakuru Hospital Level 5 and a Sh600 million outpatient wing is currently under construction and is expected to be commissioned for use next month."

He further said the hospital is supported by other Level Four hospitals around Nakuru Municipality.

“A new county revenue system has been rolled out with a view to increasing accountability and efficiency in revenue collection and reporting," the governor told the committee.

He further expressed concern over "double standards" by the government when it comes to money earned from tourism, saying counties were not being treated equally.

North Eastern politicians eulogise Haji as a political mentor, adviser and leader of the community