Concerns over privacy as firms cash in on your personal data

To price data is one of the most daunting pursuits for companies that deal with lots of it.

It is priceless, many claim; a lot of apps that amass huge amounts of customer data may not be making profits on the conventional products they sell but in data. They have a real goldmine.

When digital platforms bring subscribers on board, they sign up to access and manage immense amounts of data.

Some of the data collected is then used to tailor products to users’ needs while some is traded off, legally or illegally, to other companies that may need such information to optimise business.

This is one of the many reasons some digital businesses give users extraordinary subsidies, but seem to be doing well financially in spite of underpricing their products. They collect data that they can monetise, and thrive on that.

Such practices that involve trading customers’ data do not go unnoticed, and complaints abound.

“Companies such as Google reportedly give accounts in exchange for subscriber data. These companies have been reported to have sold this data to entities such as advertisers and political parties,” wrote Tshilidzi Marwala, vice-chancellor and principal of the University of Johannesburg in an academic paper.

This trading of subscriber data has nearly diverted companies’ focus from their main responsibilities, their conventional products, to being peddlers of data.

Bright Gameli, chief technology officer at data firm Xetova, says there are many companies in the country that collect a lot of subscriber data, which he calls “the new oil”, and are abusing it.

“They trade off subscriber data, and as a result, subscribers are targeted by phishing attacks, with some directed to click on links through which their accounts are immediately hacked,” he told Financial Standard.

Those interested in committing cybercrimes now find it easier as more people keep getting onto the internet.

The 2022 Economic Survey by the Kenya National Bureau of Statistics (KNBS) indicated that the total fixed and wireless internet subscriptions increased by 4.4 per cent to 46.4 million in 2021.

All these are potential targets for phishers.

Awareness of data’s potential to transform business has made companies hungry to acquire it and pass it on to third parties.

For social media giants Facebook, data collected is used to ensure ads sponsored by companies are directed to such companies’ potential customers.

“Facebook makes a lot of money from ads. The more they push content to you, the more they feel you are likely going to buy a product,” Dr Gameli said.

“Product sellers will pay for their ads and expect them to go to the people who are actually going to pay for the product.”

He said the companies make money out of ads more than they sometimes make from selling the products they were designed to sell.

“They collect data about you, your purchasing orders, your movement; they will send ads that are most relevant to you.”

Aggregation of data on such platforms is, in many ways, bridging a gap that has existed for years.

Njihia Njoroge is the founder of Bingwa app, which has a database of experts in plumbing, painting and electrical works in the construction sector where they connect with customers on the app.

He says the service providers upload their profiles on the app after their trustworthiness has been established by the company, and it is thus easier for customers to pick their preferred technicians, with the benefit of all the information they would need about the professionals.

The app collects information including passport photos, a copy of the national ID and a certificate of good conduct and checks their authenticity.

Njihia said that in a conversation with the director of the National Youth Service (NYS), he got to learn that many of the graduates were hesitant to leave their details anywhere for fear that corrupt people would use them as pawns in illegal deals.

“NYS alumni onboarding to Bingwa could easily get jobs because their NYS discharge number is proof they are qualified for the job,” he told Financial Standard.

Economist Ken Gichinga of Mentoria Economics says the availability of data leads to a democratisation of access to information.

“You remove brokers and you create a proper meeting point for customers and service providers. Information asymmetry, where there are differences in understanding a product between a customer and a business person, is sorted,” he said.

Gichinga said that apps such as Uber make it possible for customers not to be judged according to their appearance, but by an algorithm that is non-discriminatory and whose rates are predetermined on factors not linked to the customer’s socio-economic status - and that subscribers have that information prior to signing up for the ride.

He said information is no longer limited to a small cartel and everyone can get all they need, which he calls the ‘Uber effect’.

Dr Gameli said data is the most intelligent part of any product.

A collection of historical data can be analysed, with an extrapolation of patterns used to predict the future and stop outcomes that are within human control.

“A bank CEO should be able to understand how the bank is doing depending on the data they have; how many customers are spending daily, which channels make more money, and therefore, where they should push their advertisement,” he said.

But the misuse of data collected from subscribers remains an issue that needs urgent and serious addressing, with monetary gains from selling data, meaning that even security front desks in offices, which collect visitor information, could profit off trading individuals’ data.

“Anyone who collects data, or is a controller or processor of the same, has to declare what they have collected and how they are going to use and safeguard that data,” said Dr Gameli.

“You cannot just launch a mobile app and collect details; you have to declare that to the Data Protection Commissioner, and if you violate that, you are going to be fined.”

A lot of sensitisation and awareness should be done for people to know how risky it is to misuse data, he said.

“There is a regulatory process you have to follow; you cannot use someone’s data anyhow. In Kenya, a lot of people struggle to understand exactly what will happen to them if they actually get the data breach.

“If the Judiciary does not understand how these people can be prosecuted and if there are not enough data protection lawyers out there, then we are going to have a lot of gaps in the industry. We have a lot of work to be done for the Kenyan market.”

While automation and digitisation could be frowned upon by, and face resistance from, people who rely on the opacity of cash transactions and physical meetups, it could go a long way in streamlining many operations in many sectors, with all data collected useful in the long term.

The resistance, once many get the advantages of the automation, is short-lived, Gichinga said.

Robert T O’Brien, a partner at Deloitte & Touche LLP, says by 2030 data collection and analysis will become the basis of all future service offerings and business models.

“The volume of data generated in the real estate industry is attracting international technology companies and other new market participants,” he said.

Previous article
Rashid Khalani: Quality care comes at a cost but there is a solution 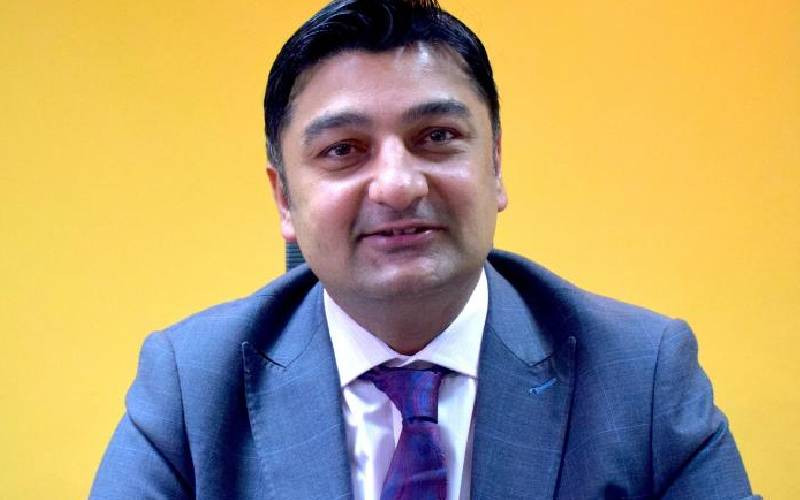 Next article
What election of women means for Kenya 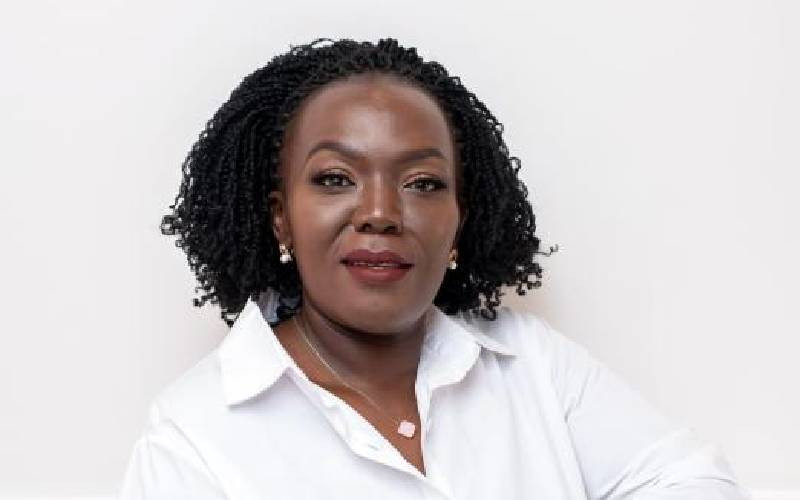