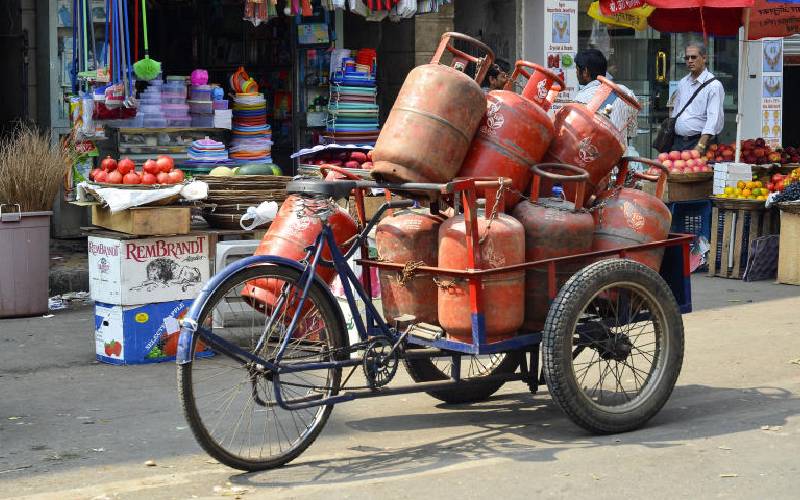 The widespread use of charcoal for cooking in African cities can cause devastating damage to forests up to 300 km away, scientist Sebastian Rodriguez-Sanchez found while working on energy and agriculture issues in West Africa.

So in 2015, he co-founded a business to try to fix the problem by weaning people off charcoal - made by smouldering wood - and onto bottled gas, a fuel common in his home country of Mexico.

So far, efforts to introduce cleaner stoves that burn less fuel have been led mainly by aid agencies working in rural parts of Africa and Asia - and have had limited success.

But a new push by businesses targeting urban areas aims to shift the dial.

For families in the Tanzanian city of Dar es Salaam, where Rodriguez-Sanchez started his business, KopaGas, the Sh 15,000 ($150) cost of a gas stove and canister equals half the average monthly wage, making it hard to afford.

As a result, four out of five residents in a city generating 40 per cent of the East African nation’s GDP still depend on a fuel that damages both forests and their health to make daily meals.

“It’s 2019. People have smartphones they can do everything (with), but they are still cooking with charcoal,” said Rodriguez-Sanchez. That “outrageous” situation has to change to avoid environmental disaster, he said. KopaGas hopes to spur uptake of gas cooking using a pay-as-you-go (PAYG) system it developed.

For an upfront fee of 15,000 Tanzanian shillings (Sh650 or $6.50), a household gets a liquefied petroleum gas (LPG) cooking kit that includes a canister fitted with a smart meter.

The gas supply is unlocked by mobile phone payments and the meter monitors consumption, feeding back data via the Internet of Things (IoT).

KopaGas has signed up 3,500 households for its PAYG service, and supplies another 20,000 with traditional gas bottles.

Its services reach about 117,000 people in total, a number it aims to boost to 1 million in Tanzania by the end of 2021. Rodriguez-Sanchez said the PAYG model needed to be proved at a large scale to attract greater levels of investment.

Help may be at hand. In July, London-based BBOXX, one of Africa’s biggest off-grid solar energy providers, launched a pilot project for PAYG gas cooking in Rwanda’s capital, Kigali.

BBOXX said the service, aimed at expanding cleaner cooking in urban areas, would harness the same mobile money and digital platform it uses for solar kits and power paid in instalments.

Mansoor Hamayun, BBOXX CEO and co-founder, said the company hoped to provide PAYG gas cooking to 10,000 homes and businesses by the end of 2020, with the aim of proving that a market opportunity exists and working out how to expand it.

Kigali intends to ban charcoal use in the early 2020s, he noted. In recent years, Kenya has slapped controls on logging in public forests and on the charcoal trade to curb its impact, but with limited success.

About four million people - many of them women and children - die every year from indoor air pollution mostly caused by burning smoky fuels including wood, kerosene, dung and charcoal. Dirty cooking causes respiratory and skin ailments, among other health problems, exacting what Hamayun called a “crazy human cost”.

But using natural gas - a fossil fuel - instead has not been a palatable solution to backers of renewable energy and climate change action, he said.

Yet in many of Africa’s fast-expanding cities, where electricity is expensive and there is little piped gas, bottled LPG may be the best available alternative to charcoal, at least in the short term, both Hamayun and Rodriguez-Sanchez said. “LPG makes a lot of economic sense,” said Hamayun, noting Kigali already has a distribution network. “It is a cleaner and better fuel, and has a lot of benefits over charcoal.”

In the future, its smart LPG canisters could be filled with biogas, produced from sources like animal manure or municipal waste, once it becomes more widely available in cities, he added.

Up to now, biogas has mainly been viable for livestock farmers with a ready supply of dung, though building their own biodigester to make the gas is pricey, often costing several hundred dollars.

However, companies in Mexico and Cambodia are prefabricating biogas units and stoves, bringing down the cost, and are starting to use PAYG technology to help rural families afford them, noted an April report on the clean cooking market. BBOXX is also launching a similar service in rural Rwanda.

The Clean Cooking Alliance, a UN-backed coalition that produced the report, said innovative approaches to help the poor in developing nations cook more cleanly are growing, with early indications that some can work financially at a large scale.

Still, investment remains far below what is required to transition three billion people off dirty fuels, it said.

About Sh4 billion ($40 million) was put toward the effort in 2017, compared with Sh400 billion ($4 billion) needed annually to meet a global goal for everyone to cook cleanly by 2030.

William Brent, director at the Power for All campaign, said international recognition that progress on clean cooking was lagging far behind electricity access worldwide was set to spark change, with UN summits in September expected to focus on the problem.

It made sense for companies setting up solar micro-grids in rural areas to also incorporate electric cookers into the products that run on their power, he said.

Solar-powered electric cooking was likely to be one key tool to help crack the clean cooking nut, but battery packs for stoves were still costly, he said, and a range of fuels would be needed.

The Kenya National Commission for Human Rights was the winner in the most improved public sector entity category.

By Patrick Alushula | 24 minutes ago

By Reuben Nguyo | 6 hours ago

For Kajiado Maa farmers, cows are their new bank