In 2013, Martin Nielsen, together with some friends among them Francis Amisi popularly known as Frasha - a member of Kenyan music trio P-Unit - partnered to form Mdundo, a music distribution platform.

Nielsen says the plan is to make the business profitable by 2025. The company has seen growth in revenue and plans to close the year at Sh120 million from Sh34 million last year.

Enterprise sat down with Mdundo co-founder and chief executive officer Martin Nielsen to discuss the music distribution business and how the company has thrived through its unique model of free downloads.

Describe Mdundo to a layperson

Mdundo in a nutshell is a music service for mwananchi. We basically address the market which is not stream-ready yet and is looking for ways to access music.

Why this particular market?

The majority of our audience uses low-end devices. They do not have iPhones or high-end Android devices. If you look across Africa, there are close to half a billion mobile phones in the market but only 50 to 100 million can be used for streaming.

And not only because of the price, but also the data. We cater for that market and created a platform allowing the musician to earn royalties from that market. We cater for Uber drivers, students, askaris or basically anyone who has an internet connection and is consuming content.

The business is now 10 years old. How is the music landscape today?

There have been ups and downs but I think right now is an exciting time because of Afrobeats. The genre is blowing up not only locally but globally. Afrobeats right now is the fastest-growing genre of music worldwide. Of course, most of it is Nigerian music which is also popular here. South Africa’s Amapiano has also been growing.

But we are also seeing that wave follow local music. We are seeing the success of artists such as Sauti Sol but also the whole Sol Generation label which keeps producing exciting music.

The music industry right now in Africa is just the place to be.

What kind of challenges does the business or industry face?

The biggest issue we have is that there is still a high level of piracy. I think we have good copyright laws not only in this country but also in others across Africa but their enforcement is still wanting.

How are you dealing with this challenge as a business?

I think where there is a challenge there is also an opportunity. One of the things we have done is stepping in and asking ourselves: How do we as a service find a way within the current environment to ensure artists generate royalties from their music?

What we do is allow artists to upload or release their music on our site. We then allow people to download songs or DJ mixes from our website free of charge and then we sell advertisements on our website. That revenue is then shared with the musician.

So even when you are downloading the song from Mdundo for free, the musician will still make money from it.

That basically means we are creating an alternative to the illegal sites.

Why do you think people go for music from these illegal sites?

I strongly believe most of the people who download illegal music do not have bad intentions. Most of them are not thinking: “Let me steal money from Sauti Sol” they are just looking for places to get music.

So by stepping in and providing a platform where they can still get the music easily as piracy but with a commercial model that makes sense for the artist, that is how we are bridging that gap.

Who is the typical consumer of music on Mdundo?

Half of our customers don’t own smartphones yet but have an internet connection. The other half use low-end smartphones. We are seeing relatively low-income brackets about less than Sh30,000 a month.

It is a mix of both males and females. The majority are in urban areas such as Nairobi and Mombasa but also the rural area is awakening.

The music we are seeing being consumed is very local. Last year, one of the biggest hits was a Kikuyu gospel song. Or you find Kamba music. Those customers are struggling to find that music elsewhere. This means we are reaching a group of fans that as a musician you cannot reach on other platforms because those fans are not there.

What do you think makes this model a commercial success?

The reason why it is a commercial success is that when we are selling advertisements we go to the advertisers and say here is the customer who you cannot reach through any other medium. They might not read a newspaper, or listen to the radio, they are not active on social media - so a key way to reach them is through our service.

I think also that is one of the reasons why we as Mdundo have created a company that is actually generating revenue from this.

In the last 10 years, we have seen a lot of cool online businesses struggling because they cannot sell advertisements. They will build them, and get a big audience may be millions of users but where is the money?

Do you view streaming services like Spotify as competition?

I would actually say Spotify is the niche market and Mdundo is the mass market. Streaming services are reaching the people who have new phones or newer models. People who have big data consumption actually have that music storage space.

Storage is a massive issue for many customers. If you are telling me to install an app, I do not have storage so where am I supposed to find that space from?

In your five-year strategic plan, you seek to increase monthly users to 50 million. How do you achieve this?

A lot of it is what we have been successful at in the past. We have grown by over 15 million users in the last two years. We had 5 million in June 2020 and in June this year, we had 20.3 million active users. I think the key to our growth is to stay relevant locally.

We have a very strong focus on ensuring that we have a local relevant catalogue. As I said music from different ethnicities Kikuyu, Kamba music and making sure there are relevant channels to be used with low-end devices and then also have an increasing number of partnerships with telecommunication companies.

We have one in Tanzania with Vodacom and two in Nigeria with MTN and Airtel. MTN and Airtel in Nigeria have a combined number of about 120 million customers. Vodacom in Tanzania has 15 million so it is obviously a massive customer base the telcos can promote our service to. 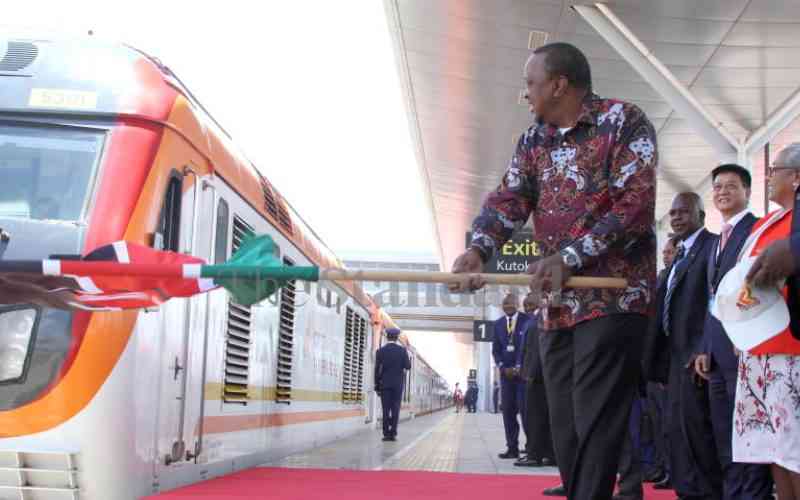 World Bank seeks review of Kenya healthcare financing
Business
By Graham Kajilwa
16 hours ago
Elections should not cause unease, economic uncertainty
Opinion
By Tobias Alando
16 hours ago
Interact and socialise beyond work; you need it
Business
By Peter Theuri
16 hours ago
The treasury is broke to sustain the Sh100 unga subsidy, says Munya
Business
By Mike Kihaki
20 hours ago
Premium How to make money from video games
Sci & Tech
By Boniface Mithika
1 day ago
.

By XN Iraki 11 days ago
Enterprise
A letter from Navakholo, Kakamega's famous town