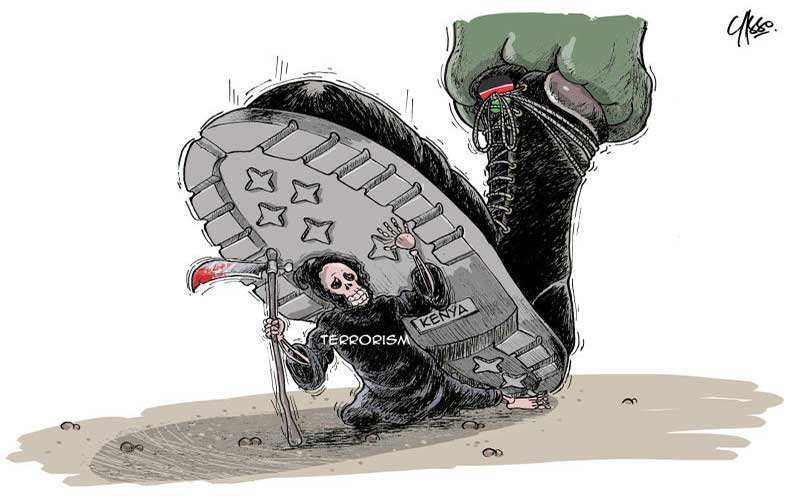 On August 7, 1998, an explosive-laden truck driven by terrorists made its way through traffic in Nairobi headed to the American embassy. At approximately 10.30am, the truck arrived at the rear parking area, near the ramp to the basement of the embassy and detonated. The bomb caused massive damage, resulting in the death of 257 people and over 4,000 injured.

Much of the damage and most casualties were due to the collapse of the nearby Ufundi Cooperative Building, shrapnel from Co-op Bank Building and other buildings located within two to three radii.

The attack was orchestrated by Al Qaeda who were not happy with the deployment of US troops to Saudi Arabia in the aftermath of Iraqi’s invasion of Kuwait. The then Al Qaeda leader Osama bin Laden considered the presence of US troops in Saudi Arabia, home to the holy cities of Mecca and Medina, a grave offence.

This attack not only heralded a new age of more terrorist attacks, but also of growth and investment to curb the attacks in the security sector. Before this attack, the only other attack to have happened on Kenyan soil was the attack by the Palestine Liberation Organisation on the Jewish-owned Norfolk Hotel on December 3, 1980. After the 1998 bombing, other major attacks that followed that made the terror threat real were the November 28, 2002, Kikambala attack on the Israeli-owned Paradise Hotel in Mombasa and the Arkia Airlines missile attack on the same day.

As the threat of terrorism grew and the country faced more attacks, the response and preparedness has been improving consistently. The capability of Kenyan security agencies to pre-empt and prevent terror attacks has improved considerably especially with the onset of cooperation among the various security agencies. The latest major attack in Nairobi, which happened in January 15, 2019, highlighted the efficiency of response from the security, humanitarian, media and the public.

The September 21, 2013, Westgate attack highlighted the need for the country to have a re-think of the approaches to combating terrorism and the need to develop better strategies and responses to terror attacks. It led to the establishment of multi-agency cooperation among security agencies and the development of a concrete plan to deal with attacks, including the establishment of a central command that would direct all operations.

The move would see improved responses by security agencies as seen after the terror group launched attacks on Garissa University and the dusitD2 Hotel. Additionally, the attack led to many establishments improving their protective security measures. And through efforts by government agencies, including the National Counter-Terrorism Centre, the country has made great strides in ensuring that all malls, businesses, government institutions and other establishments pay more attention to security.

Regionally, terror threats have prompted countries to start working together. The collaboration between Al Shabaab and Al Qaeda to launch attacks in several countries saw the need for all countries to up the ante in terms of security collaboration. Kenya is now working closely with East African countries, the rest of Africa and Western nations in ensuring that the menace of terrorism is addressed.

The multi-agency cooperation in Kenya has seen a total shift in combating terrorism with security agencies gaining control and ensuring that terror groups do not have room to freely radicalise, operate and launch attacks.

The awareness of terrorism and its effects has also grown in leaps and bounds among the Kenyan public. Increased reporting of suspicious activities or persons bear evidence to what vigilant Kenyan citizens have become.