Why children should make their choices 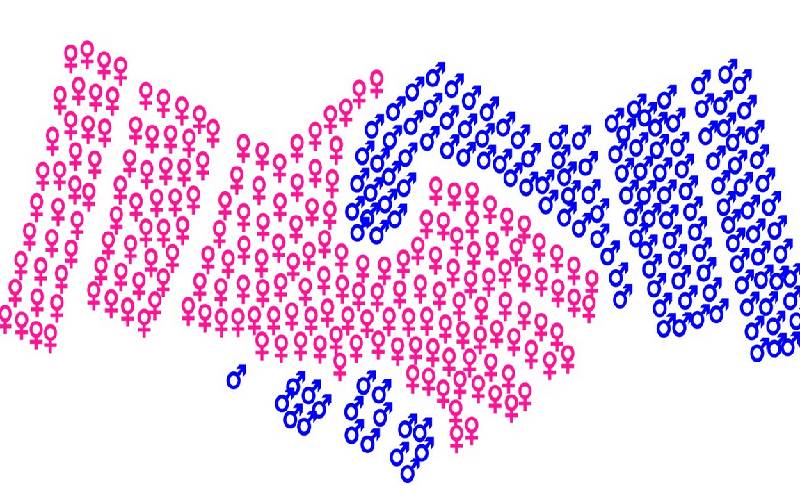 I tried to convince my daughter to join a football team, but she refused. ‘Football is for boys’, she said. I encouraged her that girls can play football as well as boys, but she wouldn’t budge.

I have also tried to convince her to break her pink streak and choose clothes in other colours. She doesn’t complain too much about the reds, purples and yellows, but she has drawn the line at blue, because yeah, ‘Blue is for boys, Mama.’

Obviously, this hurts my woman-positive heart to no end. When I was expecting, I went out of my way to pick gender-neutral colours for the girl-child, and also to include colours like black, grey, and blue, which are stereotypically associated with boys.

I wanted her to know from the start that she didn’t have to live her life in a box, confined to the gender roles designated by society. That she could dress however she wanted to dress, and become whoever she wanted to be.

Well, she had her own ideas. Not only does she identify as a girl, she’s determined to be the ‘girliest’ girl of them all. She fits in very well with most of her playmates, almost all of whom come from traditional homes where boys are boys, and girls are girls.

So, for instance, she was very upset when I cut her hair because her friends told her that ‘short hair is for boys’. And was super excited when we swapped her red starter bike for a pink contraption with a white basket perched on its handle bars. She said it was a princess bike.

Like many children, she is also influenced by cartoons and animated features. Kiddie TV has a strong princess-Barbie-fairy-godmother bias when girls are the target audience.

But for a while now programmers have been making a real effort to cast their female characters in situations that cut across the gender-role spectrum -basically girls doing ‘boy things’ like being rock stars, ninjas, mechanics, explorers, etcetera.

So, I wouldn’t really say that she’s became a girly girl because of what she’s exposed to on television. What I would say is this: Somewhere deep in her psyche, at the intersection of soul, spirit, and science, she’s decided that she’s a girl, the type of girl who pirouettes at the all-frills end of fascinating girlhood. That’s her gender-identity and she wears it with pride. She’s also a very active child, the kind that could be classified as a tomboy, but that doesn’t take away from her brand of femininity.

As a distinctly non-pink type of parent, I was tempted to dilute what I thought was the antithesis of strong womanhood. If I’m honest, I did try and push her to be more of a tomboy than a girly-girl because I thought she would be taken more seriously in the world if she showed that everything a man could do, she could do as well. But then I realised that she had drawn a line in the sand when it came to that part of her personality, and she was not going to give any ground. I had no choice, but to fall back and listen to who she was saying she was.

She’s just 5-years-old but she continues to give me insight into who she is. One time, we were watching Jane the Virgin when a scene came up with two women kissing. I started to freak out but then I figured it could be a teachable moment. I began to unpack the various girl-boy, girl-girl, boy-boy love scenarios but couldn’t quite find a way to explain it to her like she was a 5-year-old. Before I completely embarrassed myself, she interrupted with, ‘Mama, you thought I was feeling funny because those girls were kissing?

‘Nope! Si even the other time there was a boy and a girl kissing and I didn’t feel funny?’

Apparently, there’s a lot of kissing on television nowadays. And yes, some might argue that I should restrict her viewing so that she is completely disconnected from anything and everything sexual.

But denying that sex exists has its own pitfalls, many of which show up later in life. I’m not trying to give the child a complex about something that should be the most natural thing on earth. But moving on.

‘So, when you grow up will you marry a boy or a girl?’

‘Because girls are for boys!’ Looks like she’s straight as well. But it wouldn’t have mattered to me either way.