President William Ruto Tuesday, September 13, undertook to tackle the prevailing high cost of living even as he admitted that some State subsidies, including the fuel subsidy, may have to go.

Dr Ruto was sworn-in against the backdrop of record prices in fuel, maize flour and other basic commodities.

The Energy and Petroleum Regulatory Authority (Epra) is expected to announce fresh fuel prices today in its monthly review, with Kenyans staring at higher pump prices in the absence of a State subsidy that had hitherto helped keep prices from hitting record highs.

The new Head of State admitted that the subsidy programmes have been fraught with many challenges, including artificial shortages of fuel and maize flour, besides being a burden to the Exchequer.

On the fuel subsidy, President Ruto revealed taxpayers have spent Sh144 billion since it was introduced, out of which Sh60 billion has been spent in the last four months alone.

The maize subsidy, on the other hand, gobbled up Sh7 billion in one month. “If the fuel subsidy continues to the end of the financial year, it will cost taxpayers Sh280 billion equivalent to the entire national development budget,” said President Ruto.

In addition to being very costly, he said the consumption of subsidy interventions are inefficient and prone to abuse as was witnessed with the maize flour subsidy introduced in the run-up to the August 9 General Election that saw the price of a 2kg packet of unga fall from a record Sh210 to Sh100.

“They distort markets and create uncertainty, including artificial shortage of the very products they seek to subsidise,” he said. The International Monetary Fund (IMF) has demanded that fuel and maize subsidies must go, arguing they are “unsustainable” with little fiscal wiggle room for the new government.

This is part of the conditions the international lender has set for Kenya to continue accessing finances under a 38-month Sh281.41 billion loan agreement in which Kenya committed itself to stringent economic reforms.

The fuel subsidy allowed the energy regulator last month to keep diesel and petrol prices unchanged at Sh159.12 and Sh140 for a litre of super petrol and diesel respectively in Nairobi.

Without the subsidy, motorists would have paid a historic high of Sh214.03 per litre of petrol and Sh206.17 for diesel, which would have stoked up inflation.

The National Treasury has in the past said it will do away with the subsidy due to its unsustainable nature, while IMF has been pushing for its scrapping. Oil marketers also oppose it due to delays in refunds.

The subsidy has cushioned Kenyans from the full extent of high fuel prices at the international market since April last year. It has, however, been a source of misery, blamed for incessant fuel shortages in some parts of the country.

A number of petrol stations in Nairobi and Western Kenya started experiencing shortages early this week, sparking off fears that the major supply disruption experienced in March and April this year might recur.

This is as oil marketing companies staged a go-slow, protesting delays by the State to refund the margins that they forego at the pump in the government’s plan to stabilise fuel prices.

The firms have reduced the amount of fuel they pick up from the Kenya Pipeline Company’s (KPC) depots. The firms have cited cash flow challenges, noting that they cannot pay the importers for their respective share of fuel as the government continues to hold on to their money.

This has, in turn, resulted in KPC being unable to pump petroleum products from the port city of Mombasa to its inland depots, affecting the supply of super petrol and kerosene.

The oil companies are refunded the margins they forego, but the process is usually lengthy.

“Most OMCs (oil marketing companies) have cited lack of funds to pay for their cargoes from importers, hence the low uplifts witnessed, and a further reduction in cargoes imported in the October 2022 import cycle,” said KPC in a September 7 letter to the Petroleum Ministry, further requesting senior officials at the ministry for assistance in speeding up payments to the oil marketers. “We seek your support in assisting the release of the funds to the OMCs to further hasten their process of uplifting their products out of KPC.”

This has, in turn, resulted in petrol stations across the city experiencing stockouts and starting to place limits on how much fuel consumers can purchase. “There is a bit of a problem, and super petrol has been greatly affected. People (petroleum transporters) left the depot in Nairobi at midnight yesterday (Monday), and by then there was no super petrol,” said Mr Karanja.

“It is still an issue to do with the subsidy. With the change of guard, they might not be sure of the plans of the new administration.”

Petrol Outlets Association of Kenya Chairman Martin Chomba said while there are adequate stocks of petroleum products, the challenge has been players slowing down on their uptake of products from the KPC systems. 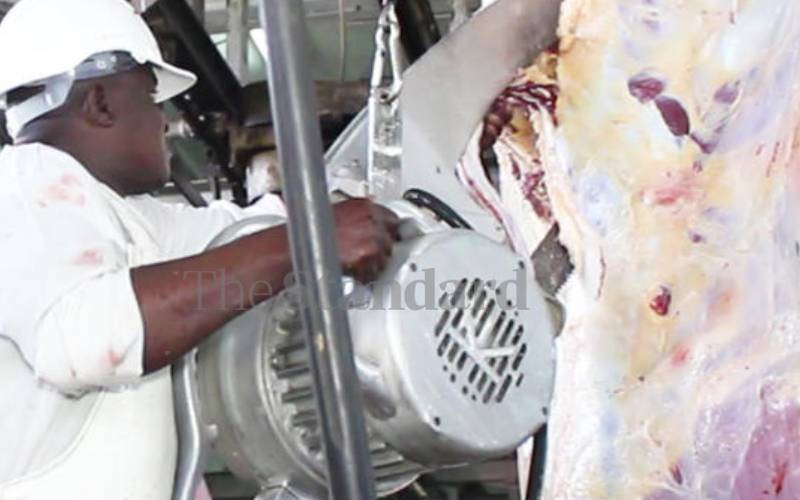 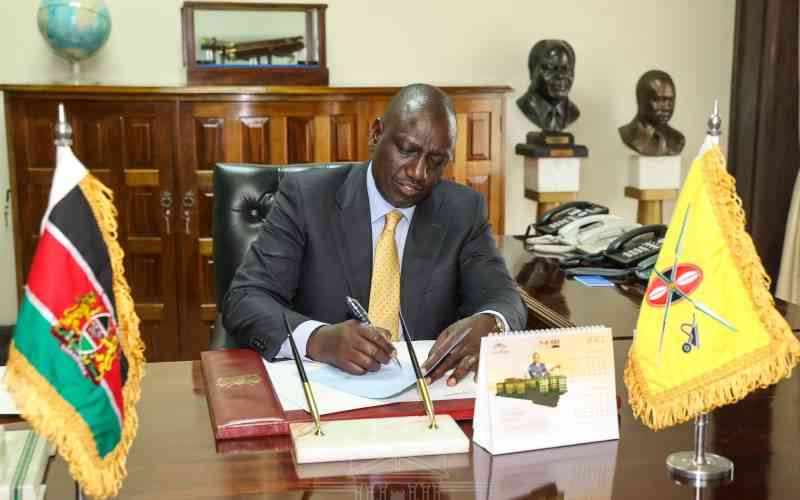 By Peter Theuri 17 hours ago
Business
Where is the subsidized fertiliser?