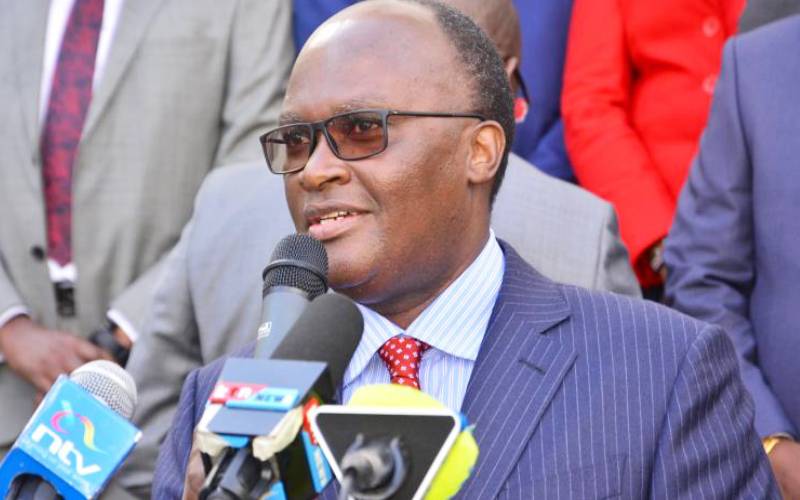 MPs have protested a new order to have all imported cargo transported through the Standard Gauge Railway (SGR).

The lawmakers described the directive as illegal since it was not approved by the National Assembly nor did it undergo public participation.

They said implementing the directive will see hundreds of people employed at Container Freight Stations (CFSs) and in clearing and forwarding agencies lose their jobs.

The National Assembly adjourned its sittings to discuss the development and resolved to summon Transport Cabinet Secretary James Macharia (pictured) to appear before the Transport Committee tomorrow.

The Kenya Revenue Authority (KRA) and Kenya Ports Authority (KPA) ordered that starting today, all imported cargo going to Nairobi and beyond be transported on the SGR.

The order was made through a public notice on Saturday.

They said it was ridiculous for the Government to force people to use the SGR so that it can service its Chinese loans.

“The matter raised is very grave. You cannot kill a whole industry by saying all cargo should go through the SGR," said Mr Duale.

"This country has  a liberalised economy- what if you want to drop your container at Voi or Mlolongo?companies are being forced to use SGR without the element of consultation,” protested Duale.

Mr Mbadi also said the State should give answers on the new directive.

“I will not hesitate to invite the CS for questioning. The same will apply to other officials,” stated Kinoti.

By Graham Kajilwa | 37 minutes ago