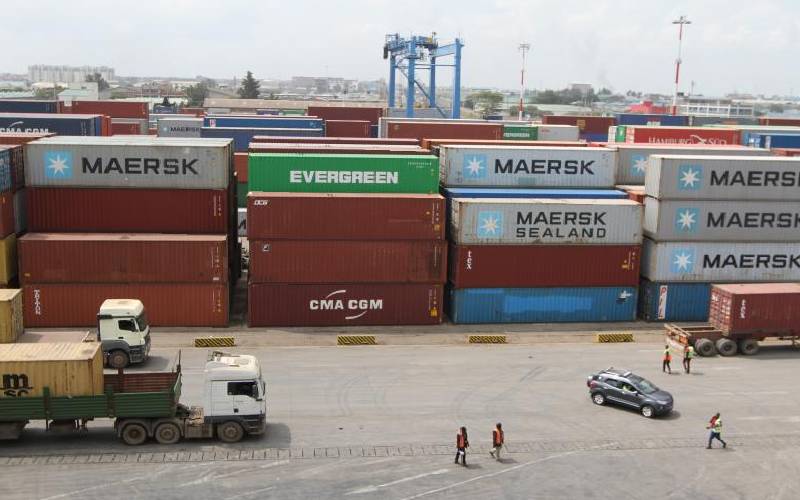 Small-scale traders who consolidate their imported cargo and transport it to Nairobi via the Standard Gauge Railway (SGR) will be required to clear it at the Nairobi Railway Station's transit shed.

The Kenya Revenue Authority (KRA) announced yesterday that from next week, all consolidated cargo imported by sea and transported to Nairobi via the SGR will be deconsolidated, cleared and collected at Kenya Railways Corporation transit shed, Boma Line along Haile Selassie Avenue.

The shed was commissioned by President Uhuru Kenyatta in November last year. It is meant to ease the long wait for cargo clearance and prohibitive charges.

Previously, consolidated goods were cleared as a single container unit at the Inland Container Depot. KRA said verification will be done on specific single goods as opposed to the whole container.

Consolidation is common among small scale traders who combine their cargo to cut shipping costs. In the changes announced by the State in November, cargo will be transported from Mombasa port to the Inland Container Depot in Embakasi, and later transshipped to the transit shed.

The consolidated cargo will then be unloaded and stored in the customs shed. KRA says the process will facilitate easy and faster clearance of cargo.

Small scale traders will clear their cargo without working with costly clearing agents or paying Sh100,000 container deposit fee. Traders importing goods with a customs value of less than Sh1 million can make import declaration on a mobile app while those valued above Sh1 million will clear through a registered clearing agent.

KRA forecasts the transit shed would serve about 7,500 small traders in Nairobi and its environs, yielding about Sh100 million in taxes every month. The shed handles 100-odd 40 foot containers a month.

Lakeside region registers 100 per cent score for all telcos in first-ever industry ranking for counties.

By Philip Mwakio | 19 hours ago